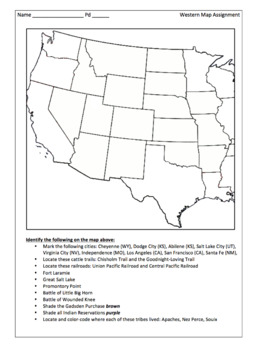 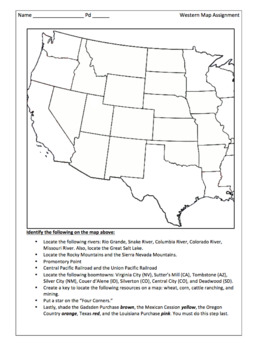 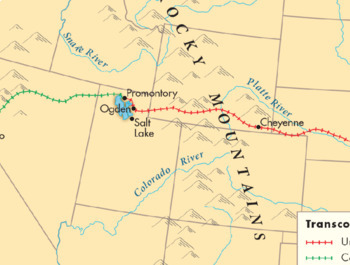 Students will use the maps provided in the PDF to create their own Post-Civil War Atlas of the West, including maps of the mining industry, mineral deposits, cattle trails, Indian reservations, the railroad, etc.

Note: This not only makes for a great lesson, but a great sub assignment as well as a Yearly Review assignment! For the corresponding unit, click here: Post-Civil War: American West Unit

Total Pages
2 pg map / 5 pg PDF
Answer Key
Not Included
Teaching Duration
2 hours
Report this Resource to TpT
Reported resources will be reviewed by our team. Report this resource to let us know if this resource violates TpT’s content guidelines.