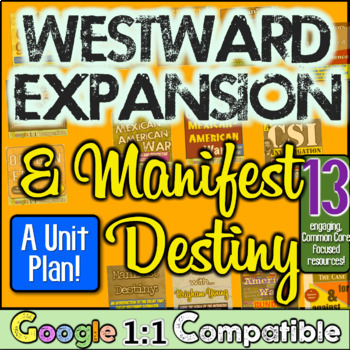 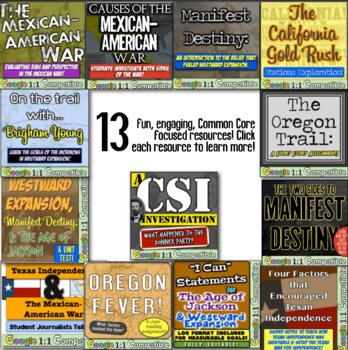 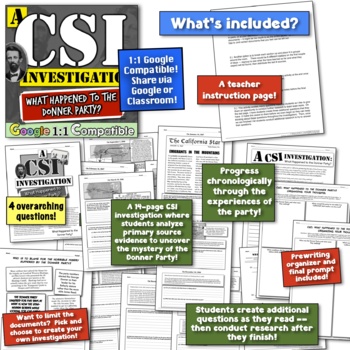 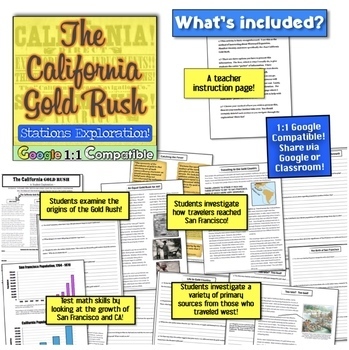 Buy Super Unit Version 3 and receive and additional 10% off!

This Westward Expansion and Manifest Destiny Unit Plan is priced to save you significantly over buying each of the 13 items separately. Instead of paying over $45 for these 13 lessons separately, buy the bundle for only $29.99. Enjoy!

Each resource in the Westward Expansion Unit Bundle includes a paper, in-class version and a 1:1 Google compatible version to be used in conjunction with Google Classroom. Just follow the included instructions for how to access the Google version, then share the resource through Google or assign via Google Classroom. This will allow students to type directly into the document!

✔ 1.) Manifest Destiny - An Introduction! Students use three primary sources and the included PowerPoint to understand what Manifest Destiny was all about, as well as how people interpreted it in the mid-1800s!

✔ 2a.) Factors that Encouraged Texan Independence! Guided Notes to setup the Texan Revolution This resource guides students through four factors that encouraged Texas to fight for independence and become the Texan Republic. This is a great introduction to the Mexican-American War as it sets the groundwork for why, then, Texas became the 28th state to the United States.

✔ 3.) The 1849 California Gold Rush: A Student Exploration! This best seller engages students on the California Gold Rush through a stations-based approach! Students learn about the 49ers, life out west, equality in Gold Country, and the growth of San Francisco!

✔ 4.) The Oregon Trail: Short Story Assignment Students analyze key details on the Oregon Trail and major landmarks they would visit along the way - then students brainstorm and create a story!

✔ 5.) Oregon Fever! What were the reasons for the fever? A Close Reading Assignment!

✔ 6.) On the Trail with Brigham Young! Students read an engaging source of a fictional traveler as they complete graphic organizer about the Mormon experience in traveling west.

✔ 7.) The Case for and against Manifest Destiny: A Class Debate! Enjoy this send-off to the Westward Expansion unit as student debate teams go all-out in arguing whether Expansion and Manifest Destiny were just, moral, and appropriate. This is always a class favorite!

While not included, these add-ons are great supplements to this unit:

Log in to see state-specific standards (only available in the US).
CCSSRH.6-8.10
By the end of grade 8, read and comprehend history/social studies texts in the grades 6–8 text complexity band independently and proficiently.
CCSSRH.6-8.9
Analyze the relationship between a primary and secondary source on the same topic.
CCSSRH.6-8.8
Distinguish among fact, opinion, and reasoned judgment in a text.
CCSSRH.6-8.7
Integrate visual information (e.g., in charts, graphs, photographs, videos, or maps) with other information in print and digital texts.
CCSSRH.6-8.6
Identify aspects of a text that reveal an author’s point of view or purpose (e.g., loaded language, inclusion or avoidance of particular facts).
Total Pages
195 pages
Answer Key
Included
Teaching Duration
2 months
Report this Resource to TpT
Reported resources will be reviewed by our team. Report this resource to let us know if this resource violates TpT’s content guidelines.