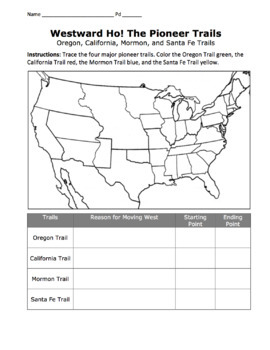 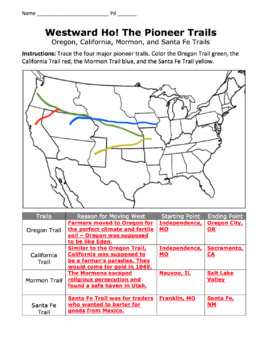 Students will enjoy tracing the historic Oregon, Mormon, California, and Santa Fe Trails, as well as identifying their starting point, ending point, and motivations for moving westward. This is a perfect aid to help students learn the ins and outs of Westward Expansion. If you are interested in more materials on Westward Expansion, please see Unit 10: Westward Expansion below.