Who Were the Moundbuilders? Map Labeling Activity 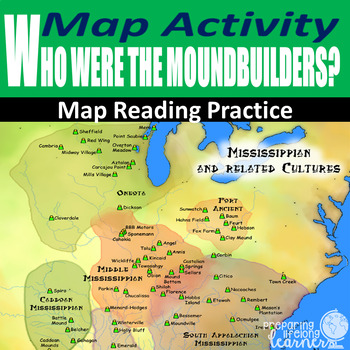 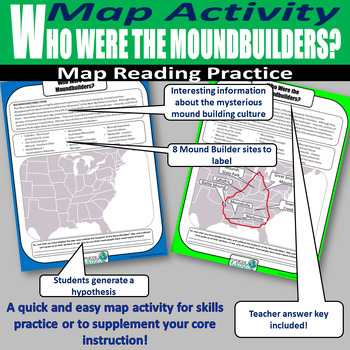 Students will discover that there was an advanced ancient civilization called the Moundbuilders that covered a large chunk of the United States and then died out before Columbus arrived in the New World. Students will plot the locations of eight of archaeological sites, then draw a line around what they hypothesize to be the "footprint" of the Moundbuilder civilization. The activity concludes with the students answering a prompt about the Moundbuilders.

Total Pages
4 pages
Answer Key
Included
Teaching Duration
30 minutes
Report this Resource to TpT
Reported resources will be reviewed by our team. Report this resource to let us know if this resource violates TpT’s content guidelines.