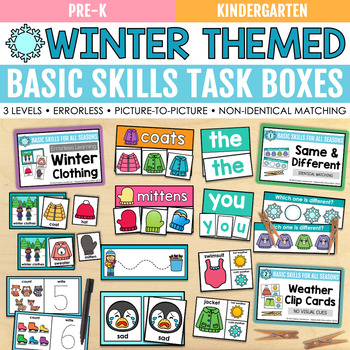 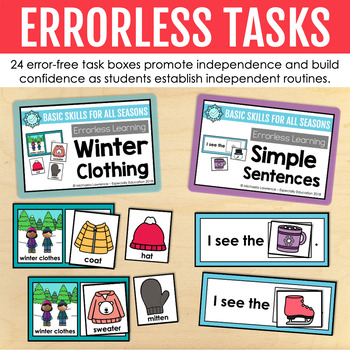 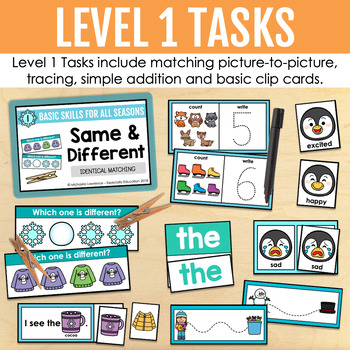 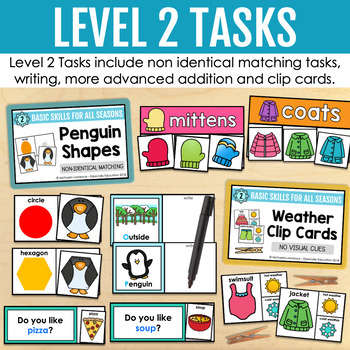 After creating the original Basic Skills Task Boxes, I had several requests for more activities at the same level (pre-k and early kindergarten). This winter-themed unit contains 3 levels of differentiated task boxes to promote independence in your classroom. Read more about these task boxes here.

These winter task boxes include:

These were designed for beginner learners who are starting to acquire independent skills. Students achieve success with error-free tasks, build confidence, and practice independent work skills.

These picture-to-picture task boxes help reinforce independent skills by having the students match identical pictures. There are also tracing task cards, with numbers, letters, and lines.