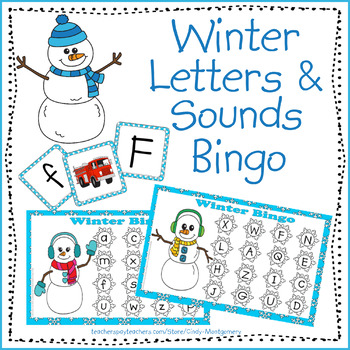 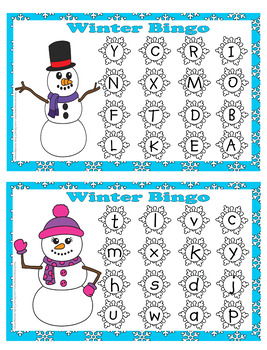 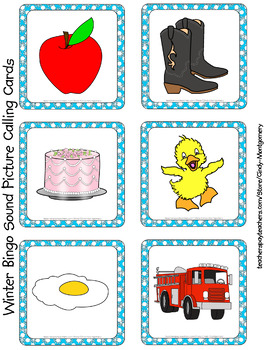 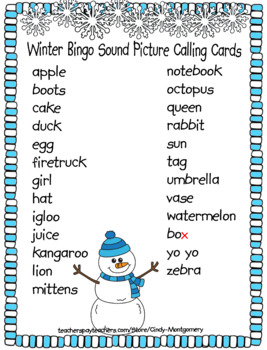 * learn how to listen and pay attention

* learn how to win/lose while playing a game

To use these materials, simply print the Bingo/letter/picture cards onto cardstock, laminate and cut out. You'll need to print enough Bingo cards for each student to have one card. In the case of multiple "Bingos" at once (since some cards may be the same), you can have more than one winner, or roll a die/choose a number for the winner, or just go with the first person to yell Bingo!

To play, issue each student a Bingo card and some game pieces (plastic chips/discs, white pompoms or small marshmallows to simulate snowballs, pennies, buttons, etc. GAME PIECES NOT INCLUDED The teacher/caller calls out a letter or shows a picture from the letter/picture card stack. If the student has that letter or the letter that the picture begins with on their card, they cover it with a game piece. They must have 4 in a row covered to win. When they get their 4 in a row, they yell BINGO! The teacher/caller checks to make sure she has called the covered letters. For students needing more assistance, the teacher can show the letter card as well as say it.

In addition to a Bingo game, you can use the letter and picture cards for flashcards, ABC sequencing, matching letters to sounds, and for a matching Memory game.