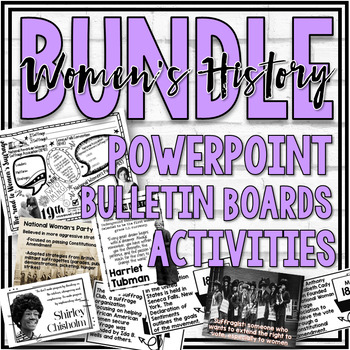 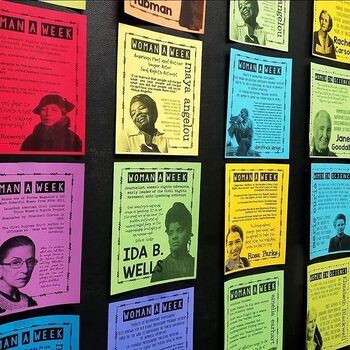 This resource also includes a visually appealing graphic organizer to be used in conjunction with the PowerPoint or on its own (middle school and high school versions included).

Two interactive notebook pages are also included in this resource. One page focuses on leaders of the Women's Suffrage Movement and the other page focuses on women's suffrage organizations.

This resource includes 16 key events from the Women’s Suffrage Movement, a full set of timeline cards without dates (to be used in a timeline sort), and a blank template (for students to add additional events to the timeline.) This resource also includes a timeline graphic organizer (to use with the timeline sort and/or the bulletin board.) I’ve included two versions (one with lines and one without lines.) Choose the version that works best for your students. Print back-to-back. Each side has space to record 12 events. If you print back-to-back, your students will have space to record 24 events.

Reinforce the many contributions of women in history with this interactive Women's History Bulletin Board! Each bulletin board card includes an image, quote, and facts about twenty amazing women in history. Each card also includes a QR code enabling students to learn more about their favorite women in history!

This resource features 21 important figures in U.S. History, 2 interactive notebook pages to use in conjunction with the bulletin board and 32 Women's History task cards! An instruction sheet is also included.

And much, much more!