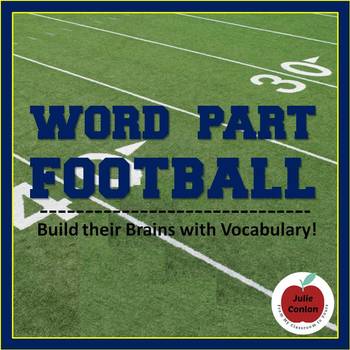 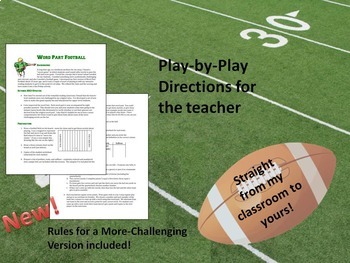 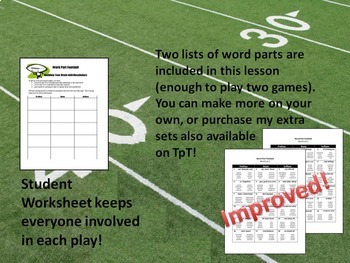 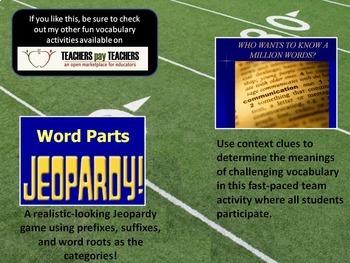 This is a fun game to play on Fridays--especially in the fall when football is in the air. I came up with the game and have refined it with the help of my students as we have played. We've developed a fun way to get the whole class involved in the study of word parts.

Update--October 2013: I've added modifications to make the game more challenging for honors/upper-level students and improved the word lists. Each word list now includes eight sample words for the word parts! The extra words allow you the opportunity to provide hints and save time when it comes to verifying guesses in the dictionary!

The game plays like football--each team gets four downs to complete passes and score touchdowns. Everyone on the team is playing--you can see their minds working to remember words that match the word part. I get the whole class involved by requiring they record the word parts and sample words for a grade.

In every game the students are learning prefixes, roots, and suffixes and seeing the connection between the meanings of the word parts and the words.

I found it works great with students who speak a foreign language which includes some of the same Greek and Latin roots--they see the connections between the meanings of some of the words in their own language and English words that have the same root.

My students beg to play this game all year long. Keep the learning and the fun going: