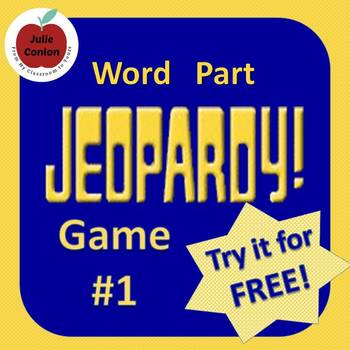 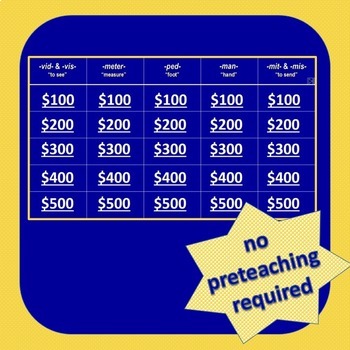 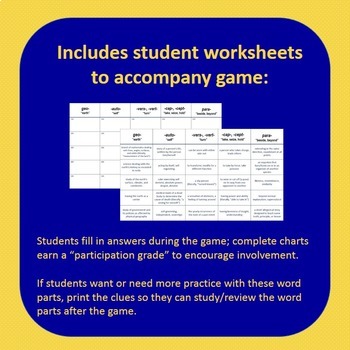 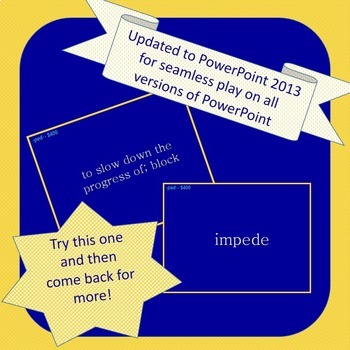 Try this one out for free! Play with your kids and see if they enjoy it. I've posted eight other versions and continue to work on more because my kids love it so much.

**Updated April 2014** For some reason, the links did not turn blue when the game was played in PowerPoint 2013. I rebuilt the game in the most recent version of PowerPoint so it works perfectly in all versions of PowerPoint. I also added a slide you can use to keep all the students involved during game play.

This is a realistic-looking version of Jeopardy using PowerPoint. It includes a round of regular Jeopardy with five categories, five questions each, and one daily double. There is also a Final Jeopardy question. It's a great way to get kids to see connections between word parts and the definitions of English words.

It's easy to play--the slides are all linked so you can click anywhere on the game board and it will take you to the right clue. When you're ready to check the answer, click near the words, and then click on the answer to take you back to the game board. Questions you've already answered turn blue, so you'll know which ones are still available.

It does take some time to train the kids, though. I divide my class into groups of three or four to play. Any one in the group can answer the question. I have my kids shout out their own name if they think they know the answer, that way it's a little easier for me to distinguish who was first. I have another student helper who keeps score on the board and he/she helps me to choose the right student. I don't require answers in the form of a question, but you certainly could. I do deduct points/$ for wrong answers and play the daily double/final jeopardy just like they do on the show.

If your students enjoy this game and you're impressed with their increased understanding of these word parts, consider purchasing my other versions to play more often:

OR GET ALL ELEVEN ADDITIONAL GAMES FOR ONLY $15.00: