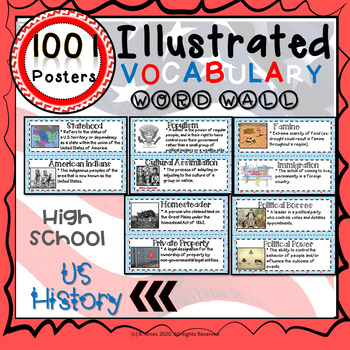 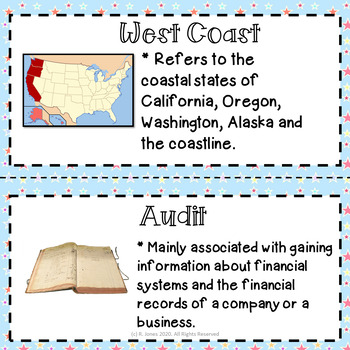 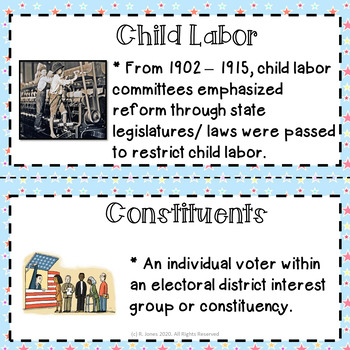 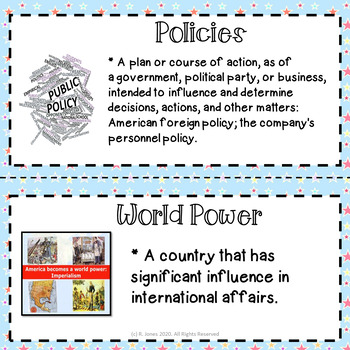 Teacher's Helper123
473 Followers
Follow
Compatible with TpT Digital Activities
This PDF can be converted to an editable, interactive version that students can complete from any device on TpT’s new tool. Learn more.
DescriptionReviews1Q&A

This is a bundle for the following United States History Units and includes 1001 WORDS!:

Rise of a World Power

Included in this bundle is a tip sheet for teachers. I recommend that you laminate the posters and rotate them throughout the year on your social studies word walls. In addition, vocabulary retention works best when students are first introduced to the word and are using the word throughout their lessons. These posters can also be used to include in students interactive notebooks by shrinking the size of the picture and having the students cut and paste them into their notebooks. I also recommend that you display them on your document camera and have students play games or have discussions about the words. There are many more ideas; however, my goal is to take the stress out of teaching by doing the leg work so that you don't have to spend hours creating your own resources. Please check my other listings for more high school related items including:

If you enjoyed this activity, please leave feedback. TPT gives credit for feedback that can be used towards future products.

The license you are purchasing is to use this resource only in the classroom of the teacher who purchases it. Please purchase multiple licenses for a discounted price if this is for more than one teacher. Thank you for your honesty and for respecting my work.