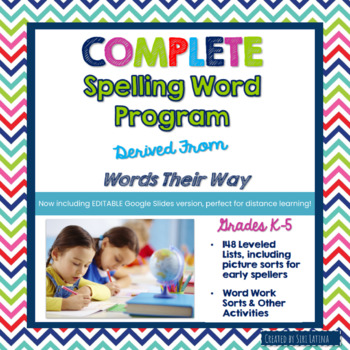 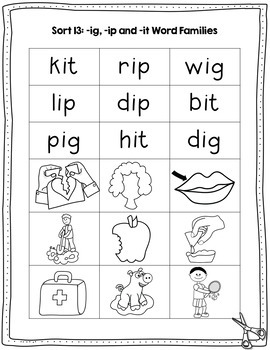 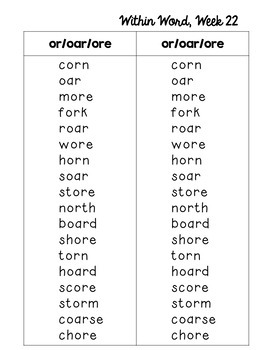 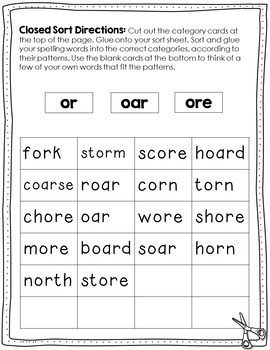 This is a complete spelling program for grades K-5, derived from Words Their Way (follows the basic format). Word sorts and lists vary; basically, I have pulled from various editions and from what I like to use, and created something that makes sense in my own third grade classroom (and in my husband's first grade classroom, for the letter-name alpha lists).

There are also 3 formative check-ups to be used at the end of each letter name-alpha section!

Also included are 36 lists EACH from the Within Word, Syllables and Affixes, and Derivational Relations skill areas. There are vertical spelling lists (2 per page) and grid closed sorts for each list.