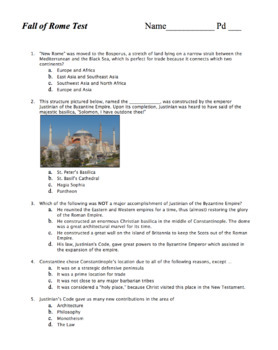 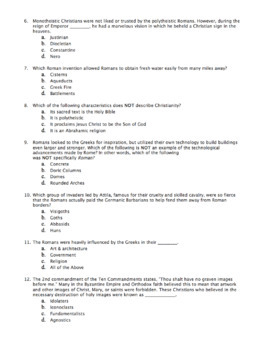 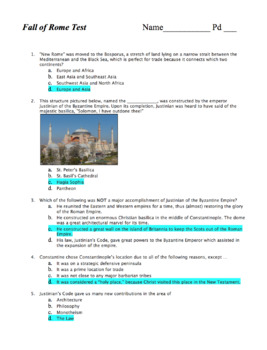 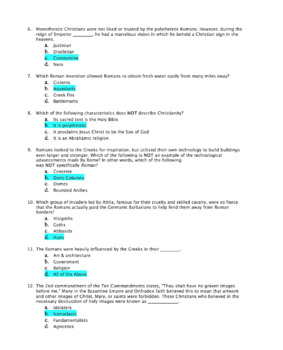 This 20-question test covers the end of the Roman Empire as well as the rise of Christianity and the Byzantine Empire. This test covers everything from important Roman inventions to art and architecture to religion and important events and people, such as Diocletian, Constantinople, and Justinian. The test is in PDF Format.