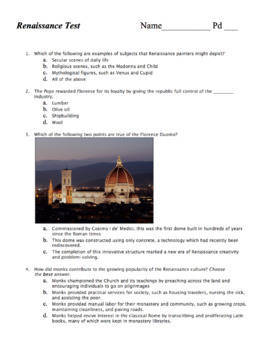 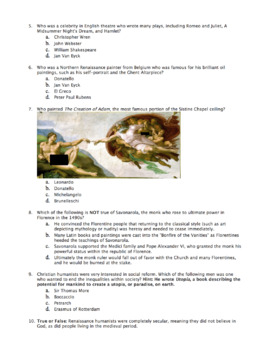 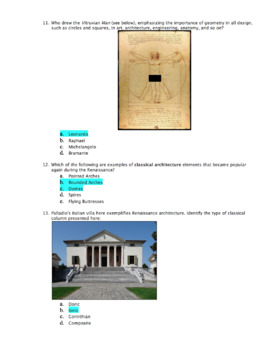 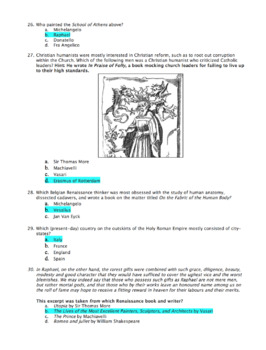 This 25-question test focuses on the Italian (and Northern) Renaissance with emphasis on the great artists, architects, writers, scientists, and inventors, such as Leonardo, Michelangelo, Raphael, Vasari, Van Eyck, Shakespeare, Thomas More, Erasmus, Vesalius, etc. This test also focuses on significance of the Catholic Church, the Holy Roman Empire, the Medici family, and Savonarola, among others.