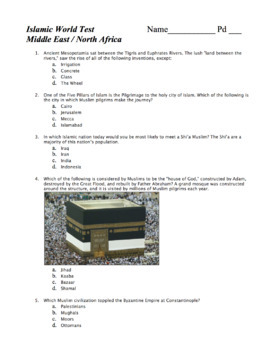 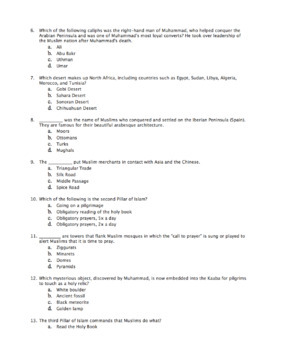 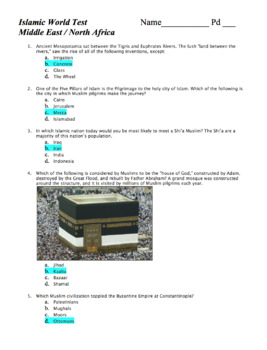 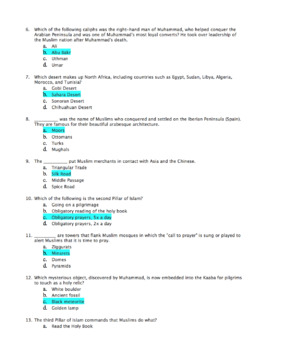 This is a 30-question assessment on the Middle East and North Africa region of the world, with questions ranging from Islam to geography to culture to Islamic history. This is a fantastic assessment of all things relating to the Southwest Asia and the Islamic world. Test is in PDF Format.