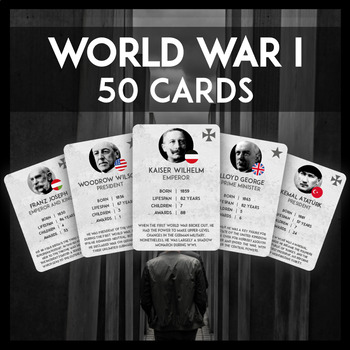 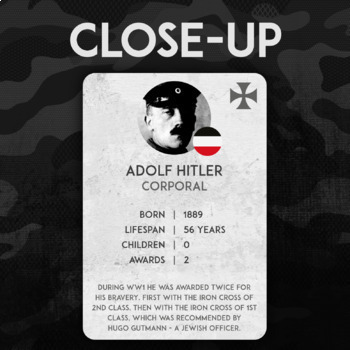 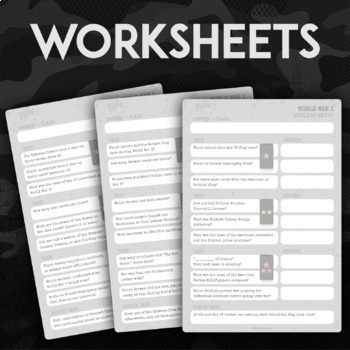 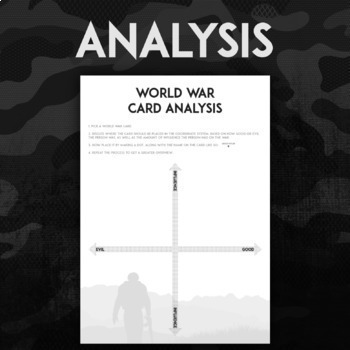 50 quality cards with prominent/interesting people from the First World War. The cards can be used for various activities (see text below), and contains 25 people from the Central Powers as well as 25 from the Entente Powers.

The file has been compressed from 30MB to 1MB to ensure easy of use, and fits A4 paper.
For long-term usage I recommended laminating the cards.