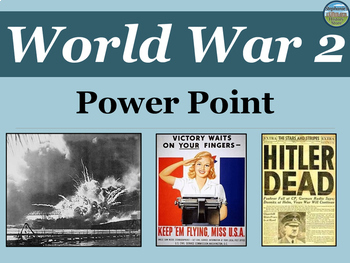 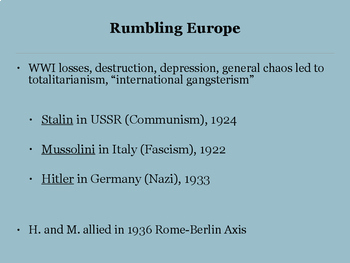 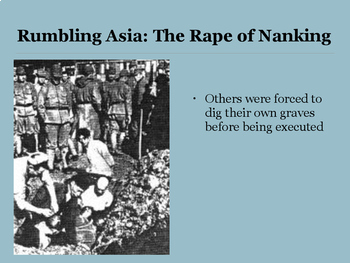 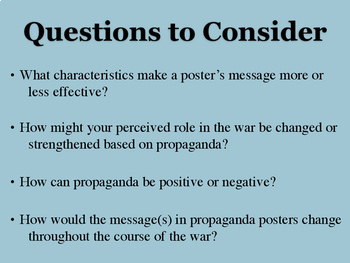 This powerpoint covers WW2 (WWII) from the rise of Hitler through the immediate post war years. People and events are addressed chronologically in the following sections: pre-invasion of Poland, European and North African fronts, Pacific front, and the home front. This will work for both US and World history, but the home front section focuses on the US history perspective. Political cartoons, images, and maps are included where appropriate.

Topics covered include but are not limited to: the Good Neighbor Policy, the rape of Nanking, Hitler's rise to power (overview), American neutrality, the Spanish Civil War, appeasement, lend-lease, the invasion of Poland, the Atlantic Charter, Pearl Harbor, the enigma code, the war's progression, the Bataan Death March, D-Day, Hitler's death, various battles, the use of the atomic bomb, actions taken against Japanese-Americans, propaganda, the double V, and more!!! The Holocaust is only mentioned in this power point, if you would like a whole power point just on the Holocaust please click here.

***there is pertinent information in the presenter's notes, please make sure you look at them***