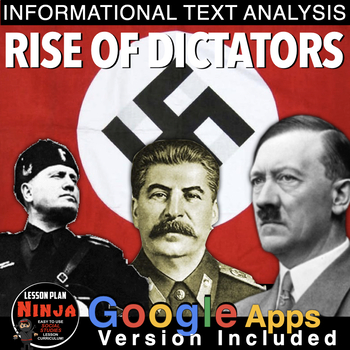 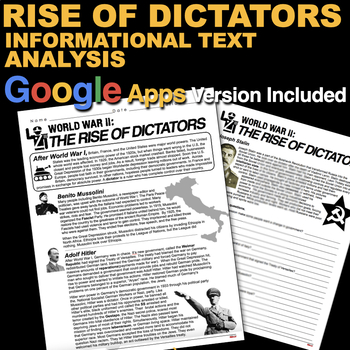 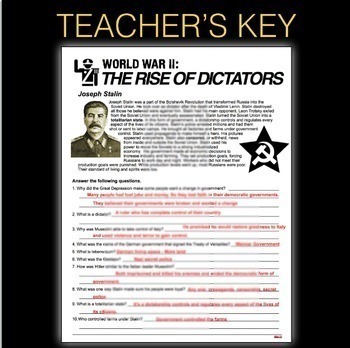 World War II Rise of Dictators Informational Text Analysis Introduces students to the rise of three dictators before World War II. Students learn about the tactics used by Benito Mussolini, Adolf Hitler, and Joseph Stalin as they ruthlessly gained and kept power. This exercise is visually engaging and is an excellent exercise to use in your World War II Unit. This can be used in class or as homework as it’s a completely stand alone assignment. This is also perfect for substitute teacher plans. A key is included.

Save some money by grabbing this amazing product, along with the entire World War 2 unit including PowerPoints, worksheets, lesson plans, review and assessment. Get World War II Unit Bundled.