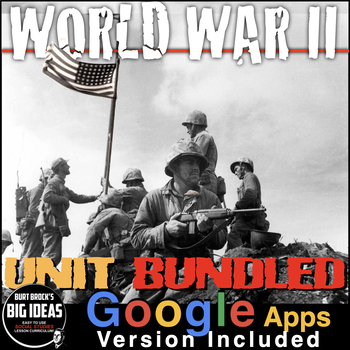 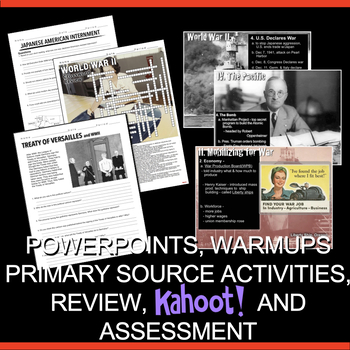 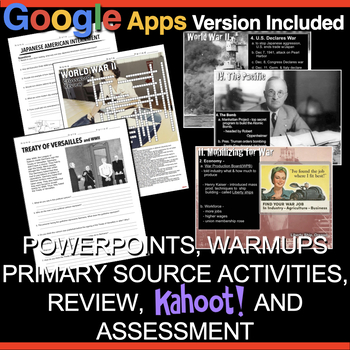 WWII PowerPoint notes include lecture notes to guide you through the presentation. I have used these lessons with Honors and regular students. WW2 PowerPoints also include youtube links to short videos and student guided notes.

- Office of Price Admin, Office of War info, women during the war

- War in the Pacific

- Manhattan Project and the Atomic Bomb

• Daily Lesson Plans - Copy/Paste into yours!

**Kahoot! online review game was created and is tailored for the unit exam.