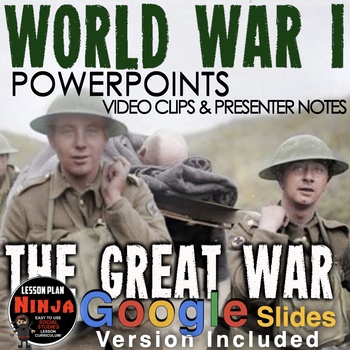 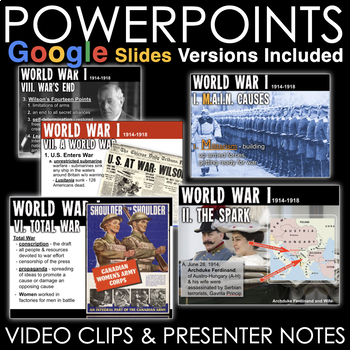 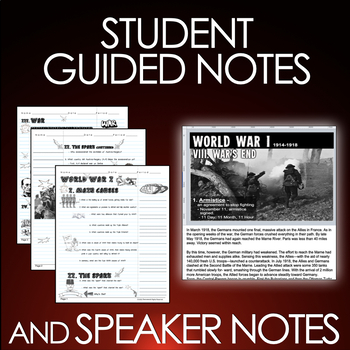 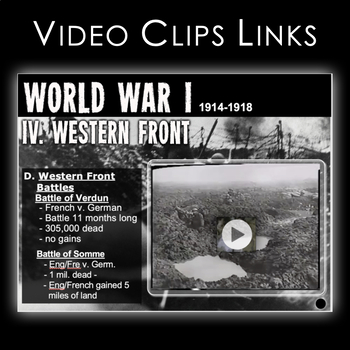 World War 1 PowerPoint with video clips and presenter notes covers the atmosphere in Europe leading up the the assassination of Archduke Franz Ferdinand, World War I, and finishes with the Treaty of Versailles and how it led to WWII.

This 25 slide WWI PowerPoint is packed with beautiful graphics, engaging video clips and presenter notes that aid your understanding of each slide and can act as a cheat sheet for details you may forget. Some slides have maps and discussion questions to help engage your students. By far, one of the best PowerPoints you have ever seen.

Save some money by grabbing this amazing product, along with the entire World War I unit including PowerPoints, worksheets, lesson plans, review and assessment. Get World War 1 Unit Bundled.

Battles of Verdun and Somme