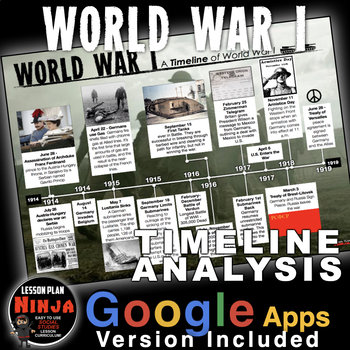 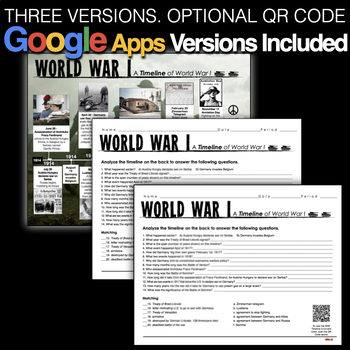 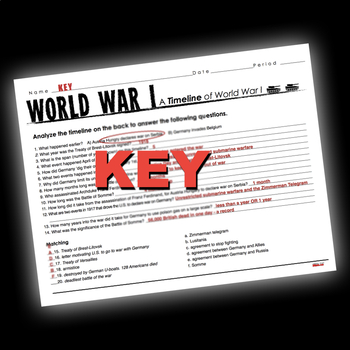 World War I Timeline takes your students to Europe from 1914 to 1919. Students analyze the timeline and complete a twenty question common core aligned worksheet. This assesses students on the history of the WWI as well as timeline analysis. An optional QR coded timeline is also included for more student engagement. It can be used in class or as homework as it’s a completely stand alone assignment. Key is included.

Save some money by grabbing this amazing product, along with the entire World War I unit including PowerPoints, worksheets, lesson plans, review and assessment. Get World War I Unit Bundled.

• Sinking of the Lusitania

• Battles of Verdun and Somme

Causes of World War I