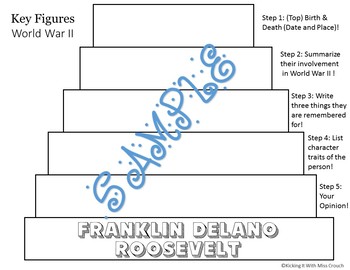 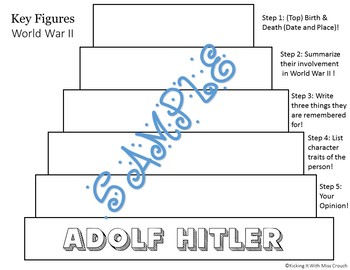 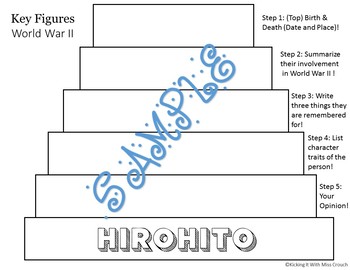 More fromKicking It With Miss Crouch

These small biographies of the key figures in World War II can help students make connections to history. When students get to share their opinions, they make connections to their own experiences and beliefs. They demonstrate higher level thinking because they are analyzing the leader’s character traits, while interpreting their actions during the war.

This activity can be extended by creating a debate based on the varying opinions of your students.

Can be used during instruction of the following 5th grade social studies standard:

Kicking It With Miss Crouch