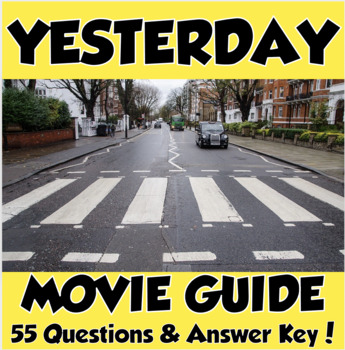 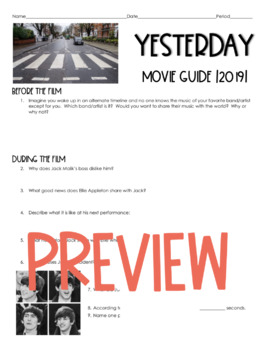 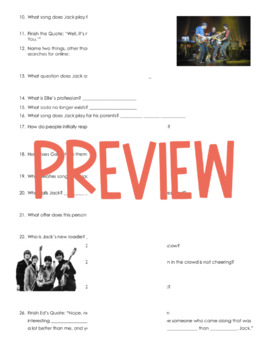 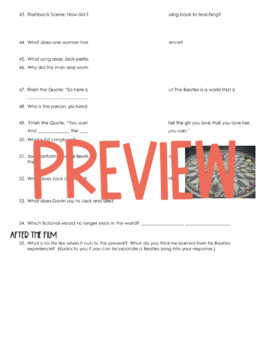 Jack Malik, a musician, wakes up in an alternate timeline where The Beatles no longer exist. He sees his chance to become famous by performing their songs and claiming them as his own. Yesterday is a fun film that follows Jack and his rise to stardom. Trouble soon arises as he struggles with living a lie and also realizing there is more to a happy life than just fame. This Danny Boyle film is filled with numerous Beatles songs performed by Himesh Patel. The film also stars Lily James, Ed Sheeran, and Kate McKinnon. This movie could be used in a music course, a fun film when discussing alternate timelines, End of Year film, last minute sub plans, or a Fun Day.

My movie guide contains 55 questions and an answer key has been provided for your convenience. The film's runtime is 116 minutes and it is rated PG-13 or suggestive content and language.

Here is a great clip from CBS This Morning that shares a little insight into the film. https://www.youtube.com/watch?v=8CUkYAqblrA

By purchasing this item, you agree to use it for your classroom use only and will not share with others, post online, or claim as your own. Additional licenses are available for a reduced price.