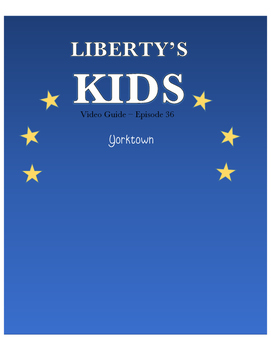 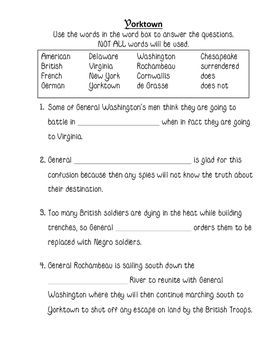 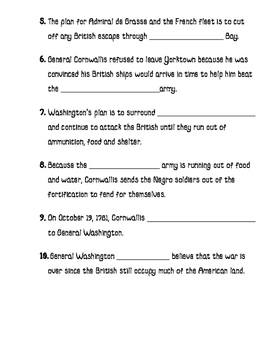 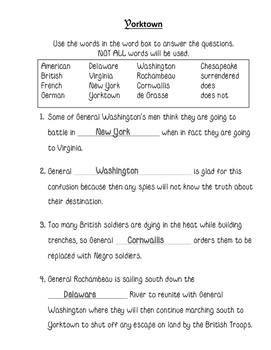 This worksheet is to be used during the viewing of Liberty's Kids Episode 36 - Yorktown. This video can currently be accessed through YouTube at no charge.

This viewing guide contains 10 fill in the blank questions with a word box. People and events in this video include:

Total Pages
5 pages
Answer Key
Included
Teaching Duration
30 minutes
Report this Resource to TpT
Reported resources will be reviewed by our team. Report this resource to let us know if this resource violates TpT’s content guidelines.