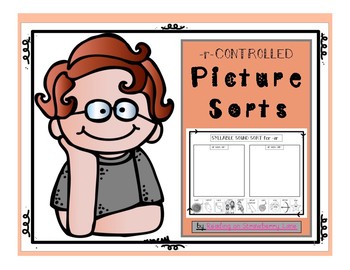 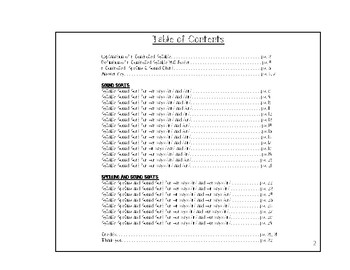 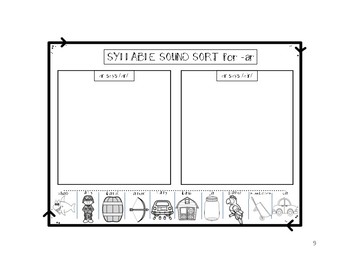 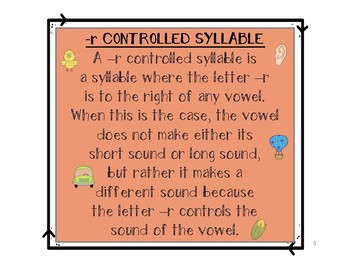 Looking for a resource that teaches all 5 -r-Controlled sounds in one packet? Then this is the packet for you! This packet makes -r-Controlled Syllables so easy to teach for you as the teacher and so easy to understand for the student learning this syllable type.

Once students realize that r-Controlled Syllables only have five sounds, they usually capture this syllable type very quickly in reading.

A –r controlled syllable is a syllable that has the letter –r is to the right of any vowel. When this is the case, the vowel does not make either its short sound or long sound, but rather it makes a different sound because the letter –r controls the sound of the vowel. It takes students continuously reviewing in order to master this syllable type. Exposure, experience, and visual memory are the keys to successfully mastering this syllable type. Students will learn that r-controlled words either say one of the five sounds: /ar/, /air/, /ear/, /ir/, /or/.

Page 4 gives the definition of a –r-controlled syllable that can posted in the classroom as a reminder to students. Also, I have included a chart on page 5 of this packet that visually shows which –r-controlled spellings say which sounds.