Goldilocks and the Three Bears - a short script
FREE
10 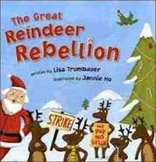 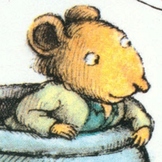 Readers Theater - How To Lose All Your Friends

By Hollie Michaels
This is a readers theater that can be read or acted out. It is the companion to Nancy Carlson's "How to Lose All Your Friends." This story offers advice on the kinds of things to do if you don't want to have any friends.
Subjects:
English Language Arts, Drama, Life Skills
Grades:
1st, 2nd, 3rd, 4th
Types:
Activities, Literacy Center Ideas, Literature Circles
$3.00
20
Digital Download PDF (0.22 MB)
ADD TO CART
WISH LIST

No Fear a one act play - Script

By Hollie Michaels
This is an entire assembly script for K-5. It can be used as a halloween play for the entire school, or for one grade, or class. When we did this at P.S. 506 using grades 1-5. One 5th grader class played our Wizards, one 3rd grade class played the
Subjects:
Drama, Literature, Halloween
Grades:
Kindergarten, 1st, 2nd, 3rd, 4th, 5th
Types:
Scripts
$3.50
$2.00
7
Digital Download PDF (0.13 MB)
ADD TO CART
WISH LIST

Goldilocks and the Three Bears - a short script

By Hollie Michaels
A two minute version of Goldilocks and the Three Bears. Used for an Assembly, puppet theater, scenes for kids, or teaching students to talk in a character voice.
Subjects:
English Language Arts, Other (Arts), Drama
Grades:
Kindergarten, 1st, 2nd, 3rd, 4th
Types:
Scripts
FREE
10
Digital Download PDF (0.05 MB)
WISH LIST
showing 1-12 of 12
Ask Hollie Michaels a question. They will receive an automated email and will return to answer you as soon as possible. Please Login to ask your question.
TEACHING EXPERIENCE

Currently, I teach Middle School Theater in CT. Recently I taught High school theater in CT and Elementary theater in NYC As a facilitator I've co-development PD sessions for the Department of Education of New York City centered around the topic ‘How to Teach Playwriting’ to fellow theater teachers. In 2012 I also facilitated a workshop for students in the Masters in Educational Theater program at City College of New York. In Summer 2011 I presented at The American Alliance for Theatre and Education’s national convention in Chicago. The panel on which I will be presenting on was - Know Thyself: Adolescent Social Identity Personality and Perspective Through Encountering Performance and Playbuilding. My research specifically centered on the experience of eight urban high school students writing their first script and the effects that learning to write a script have on youth. I have a background as a director, writer, actor and producer in NYC.

My style is more facilitator and demonstrator than anything else.

Hollie (Rosenberg) Michaels works as a full time theater teacher for K-5. She is also a youth director, playwright, dramaturge, teaching artist and director in New York City. Her youth play Children of Hooverville is published by Youthplays. Her play SCRAPS had a reading at Urban Stages and City University of London. SPOILED CHERRIES was produced at the Manhattan Repertory Theater and Narrows Community Theater. BEDPAN PALACE was produced at Brooklyn Heights Players. Her one act play Dirty Laundry On The Crazy Girl’s Line is published in Best of The Strawberry One Act festival Vol. 4. As a Director she has had productions at The Producers Club, The Brooklyn Lyceum, TSI/Play Time Series, Brooklyn One, Hudson Shakespeare Company of NJ, Manhattan Repertory Theater Company, The Heights Players Theater, and The Public Theater as part of a night of US / UK exchange Cabaret produced by Old Vic New Voices Network. Hollie is a proud member of the Dramatists Guild of America and The Old Vic New Voices New York Network. She has an MA Playwriting from City University of London and MS in Educational Theatre from City College of New York. www.hollierosenberg.com