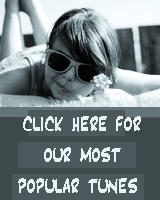 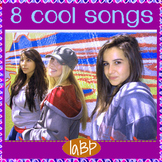 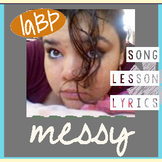 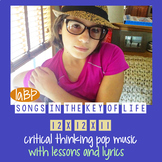 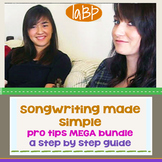 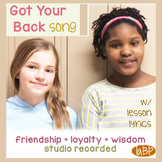 By I am Bullyproof
This sweet pop song celebrates supportive friendships, community spirit and team building. Use this song to remind students to be positive and kind. "Got Your Back" lyrics easily enhance any bullying prevention lessons you have in place. This studio
Subjects:
Vocal Music, Classroom Management, Classroom Community
Grades:
Not Grade Specific
Types:
Lesson Plans (Individual), Activities, Songs
$4.00
21
Digital Download ZIP (5.77 MB)
ADD TO CART
WISH LIST 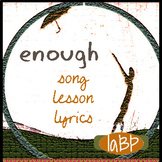 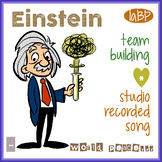 By I am Bullyproof
This catchy song inspires kids to open their hearts and minds and make a difference. Inspire your kids! Enhance kindness, tolerance, and community building lessons with lyrics that inspire self respect and respect of others. Listen to our PREVIEW
Subjects:
Vocal Music, Life Skills, Classroom Community
Grades:
Not Grade Specific
Types:
Activities, Fun Stuff, Songs
$3.00
10
Digital Download ZIP (5.76 MB)
ADD TO CART
WISH LIST 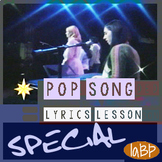 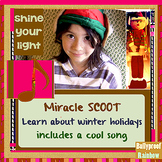 By I am Bullyproof
This useful SCOOT full of Miracles to cover Kwanzaa, Diwali, Ramadan, Chinese NY, Chanukah, and Christmas. It teaches kids to appreciate not just the traditions they celebrate at home, but the meaningful traditions of others. Add in; our magical
Subjects:
Other (Music), Holidays/Seasonal, Christmas/ Chanukah/ Kwanzaa
Grades:
3rd, 4th, 5th, 6th
Types:
Activities, Printables, Posters
$7.50
5
Digital Download ZIP (15.11 MB)
ADD TO CART
WISH LIST 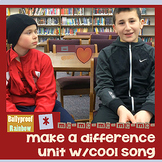 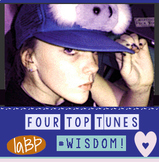 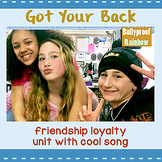 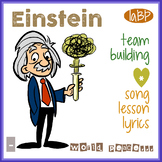 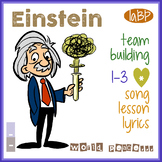 Make a Difference Song with lesson and lyrics: team spirit 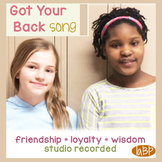 By I am Bullyproof
#classroomcommunity -The friendship song supports any social skills bullying prevention lessons you have in place - including our own! Loyalty matters! This is a PERFECT song to add to your classroom playlist! Use this studio recorded pop song for
Subjects:
Vocal Music, Character Education, Classroom Community
Grades:
Not Grade Specific
Types:
Activities, Fun Stuff, Songs
$3.00
3
Digital Download ZIP (5.66 MB)
ADD TO CART
WISH LIST 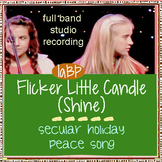 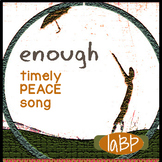 By I am Bullyproof
#classroomcommunity: This timely studio record song has a history of teaching students to care more about the world and less about petty personal dramas. With religious beliefs, alternative facts, and polarizing politics being so in the air lately,
Subjects:
Vocal Music, Other (Social Studies - History), Classroom Community
Grades:
Not Grade Specific
Types:
Activities, Songs
$3.00
5
Digital Download MP3 (6.94 MB)
ADD TO CART
WISH LIST 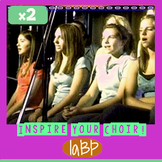 By I am Bullyproof
Choir songs that inspire! These two anti bullying piano based acoustic songs have proven wonderful performance choices for young singers. Both are haunting and thought provoking lyrically. Both are dramatic and easy to pull off musically with a
Subjects:
Music, Vocal Music
Grades:
Not Grade Specific
Types:
Activities, Songs
$11.00
4
Digital Download ZIP (30.67 MB)
ADD TO CART
WISH LIST 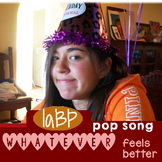 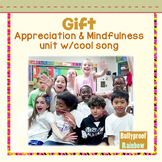 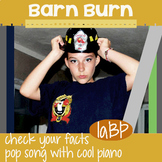 By I am Bullyproof
Lyrics to this powerful pop song focus on the perils of gossip in friendship circles and fake news in the mass media. Use this song to inspire students to check their facts - on both personal and social community levels. Use this timely studio
Subjects:
Vocal Music, Critical Thinking, Classroom Community
Grades:
Not Grade Specific
Types:
Activities, Fun Stuff, Songs
$3.00
5
Digital Download MP3 (7.06 MB)
ADD TO CART
WISH LIST 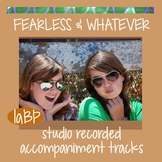 By I am Bullyproof
These accompaniment tracks can be used for graduation, school events, or in your classroom just for fun. Both background tracks were recorded in a high-end Santa Barbara, CA recording studio using professional musicians. They are of the highest
Subjects:
Vocal Music, Instrumental Music, Other (Music)
Grades:
Not Grade Specific
Types:
Songs
$5.00
4
Digital Download ZIP (12.65 MB)
ADD TO CART
WISH LIST 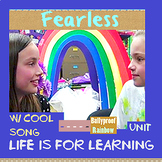 By I am Bullyproof
This colorful interactive unit helps kids cope with bullies and worries, inspiring empathy towards others. It includes our most popular song! Included in this fabulous resource: Fearless song - studio recording lyric sheet - because your kids
Subjects:
English Language Arts, Other (Music), Classroom Community
Grades:
4th, 5th, 6th, 7th
Types:
Activities, Novel Study, Minilessons
$8.50
6
Digital Download ZIP (22.13 MB)
ADD TO CART
WISH LIST
showing 1-20 of 47
123next ›
Ask I am Bullyproof a question. They will receive an automated email and will return to answer you as soon as possible. Please Login to ask your question.
TEACHING EXPERIENCE

I served as ringleader to a lively pop choir known as "Lessia's Crew" for years. During this special time, I counseled my choir teens in private sessions as well as tending to their outside voices, writing them songs to help them cope with universal dilemmas that feel really "big" on younger souls. Just for fun, we began recording my wisdom-songs in a professional studio with Justin Timberlake's drummer and more amazing musicians backing us up. Our songs feature the voices of my own kids sharing their own real issues being pondered and explored to the max. It's been thrilling to see how many other kids of all ages have been helped with our material, created so organically, from our own lives. Thanks to three TpT teachers mentioned below, I can now offer lessons that enhance powerful lyric themes explored within our lyrics. Here's hoping they serve you well!

From a student once: "I just can't call you a teacher when I describe you to my friends. You're too much fun! I see you more as my personal Yoda." :-) I take no prisoners lol, I just don't think they notice much.

I was humbled when a tween chose my songs as her "hero" for a big school project. "Your songs changed the way I see the world!" One of the Beach Boys asked me to write with him. That was obviously super special. Most my "honors" are so random and quirky, they're hard to explain. A while back, a TV series was slated to be created based on our songs and story. It could still happen. *fingers crossed* I'd so love to opportunity to help more and more kids learn to be kind and fearless.

"Crew" lead vocals include Jessie Bridges - daughter of actor, Jeff, and Viva "Depeche Mode" Gore - daughter of Martin. I co-produced with Alan Thicke for Robin, also working in the studio with his younger son. A song of mine was featured in a protest documentary featured at the Santa Barbara Film Festival. I once produced a SBTV show called "Enlightenment Stew," often inviting those I was writing for on our series. Being mom to amazing sons has been, hands down, my favorite gig. Super blessed in my life, Bullyproof is my way of giving back.