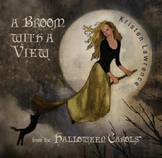 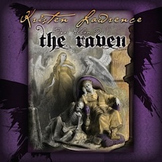 The Spider and The Fly – New Spins On An Old Tale: Halloween Activities

Educator: - Kristen Lawrence researched and composed a musical setting of all 18 verses of Edgar Allan Poe’s famous poem, “The Raven,” which has been praised by Poe scholars for capturing his themes and mood. - She then was invited to lecture and perform her musical setting of Edgar Allan Poe’s “The Raven,” during THE BIG READ events sponsored by the National Endowment for the Arts to encourage the community to read and experience the works of Edgar Allan Poe. (2012 - Burbank, CA) - She also lectured high school IB and AP music classes regarding the creative process used in composing, as well as the musical theory behind her musical setting for Poe’s “The Raven.” QUOTE: "Kristen’s musical setting of Edgar Allan Poe’s ‘The Raven’ is exquisite.” - Dr. Hal Poe, President of the Poe Museum in Richmond, VA (April, 2012) - Teachers have used the music from Lawrence’s CDs in classrooms and in assemblies to help teach Halloween history and provide interactive learning activities. (see HalloweenCarols.com for lesson plans) - Organ, Piano, and Theory Teacher – Beginning students through preparing students for college placement exams (1997 – present) - Church Organ Workshop Teaching Assistant (2000 and 2001) Brigham Young University

In addition to her original compositions, Lawrence researches traditional folk songs and arranges them for organ. The songs are largely based on the older roots of Halloween traditions. Favorite researchers include professor of folklore Jack Santino and Halloween expert Lesley Bannatyne. Lawrence was asked by Bannatyne to make comments about Halloween music to be included in her book, Halloween Nation: Behind the Scenes of America’s Fright Night. With her desire to use her Halloween music to help teach students, she has written lessons plans for teachers. With private students, she emphasizes ear training and theory, believing in making the lessons fun and creative.

WEBSITE: HalloweenCarols.com Composer: - Lawrence has researched and written over 60 Autumn/Halloween-based songs, including two arrangements each of the English “Souling Song” and American folk tune “Ghost of John” (with one version written with a nod to the styles of Vaughan Williams and a Bach fugue). Some of these 60+ songs have been published as CD sound recordings, as well as in sheet music. - Commissioned to research and score original organ music with counterpointing themes to accompany the 90-minute Lon Chaney silent film, The Phantom Of The Opera. Lawrence then performed it at the Episcopal Church of the Messiah on the oldest church organ in Orange County, California (2012). - Member of American Society of Composers, Authors, and Publishers (ASCAP) – Writer and Publisher - CDs and digital downloads are available through CD Baby, Amazon, iTunes, and other sites - Lawrence wrote, performed, produced, and published music CDs (1990 – present) - Edgar Allan Poe’s “The Raven “– CD of her musical setting of Edgar Allan Poe’s 18-verse poem, “The Raven,” with vocals by Lawrence. The CD also incudes her two arrangements for the traditional American folk song, “Ghost of John.” (2012) - A Broom With A View - from the Halloween Carols™ – 13-song CD with original Halloween music based on the history of Halloween (2009) - Vampire Empire – CD of radio edits of songs from Arachnitect and A Broom With A View (2009) - Arachnitect - from the Halloween Carols™ – 5-song EP of her original Halloween music and arrangements (2008)