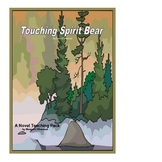 The Call of the Wild Novel Study Guide

Out of the Dust Chapter-by-Chapter Objective Tests Teaching Guide

My Side of the Mountain Chapter-by-Chapter Objective Tests

By Margaret Whisnant
This FULL YEAR vocabulary/spelling program (thirty-six lessons with companion tests and keys. 296 total pages) features the study of GREEK AND LATIN AFFIXES AND BASE WORDS with ETYMOLOGIES. Lessons are organized in groups of six, with the last
Subjects:
Gifted and Talented, Spelling, Vocabulary
Grades:
8th, Homeschool, 5th, 6th, 7th
Types:
Activities, Assessment, GATE
$99.95
27
Digital Download PDF (4.88 MB)
ADD TO CART
WISH LIST
showing 1-20 of 501
12345next ›
Ask Margaret Whisnant a question. They will receive an automated email and will return to answer you as soon as possible. Please Login to ask your question.
TEACHING EXPERIENCE

Immediately after graduating from Lenoir Rhyne College in 1965 with a degree in high school business education, I touched ground and taxied into a self-contained elementary classroom filled to the brim with 38 eighth graders. Not the place I had planned to spend the next thirty years, but unwittingly, I landed where I belonged! Most of my thirty years in education were spent living happily in the delightful, chaotic, but always interesting world of sixth, seventh, and eight graders. For three of those years I served as a facilitator for gifted education in twelve elementary schools, where I worked with fourth, fifth, and sixth graders and dozens of teachers. During the last phase of my career, I traveled to schools throughout western North Carolina and presented workshops based on a program for teaching composition skills that I authored and used in my classroom. In 1997, after retiring from the classroom, I founded Taking Grades Publishing Company and began a second career writing teaching materials for middle grade language arts teachers. The company has enjoyed steady growth and can now claim customers in all fifty states, several Canadian provinces, and even Taiwan! Joining the TeachersPayTeachers team in November 2008 was the beginning of my third career in education. Once a teacher. Always a teacher!

My teaching style would probably be classified as traditional in that I absolutely loved presenting a well-prepared lesson standing on my feet, facing my class, answering every question (twice), and circling often for special effects. Then I enjoyed watching and listening when my students packed up what I had taught and went exploring. I was progressive in that I kept an open mind for new ideas. I certainly tried and tested many current theories during my career (1965-1995). If there was a better way, I wanted it for my students, and I constantly incorporated new techniques and theories into my teaching. But the basics never really changed for me. Stand up and teach! Watch 'em go! Humor was always welcomed and encouraged in my classroom. How much better to go home exhausted from laughing than just exhausted! At the end of the day, if I had allowed my students to teach me at least as much I had taught, then I had been a good teacher.

North Carolina is my home, always has been, always will be. I live in Conover, a small town located in the foothills of the Appalachian Mountains. My home is the same one I bought thirty-five years ago as a starter, but it's OK. I am not finished with it. My first love is teaching, and I spent thirty happy years in the classroom as a middle school language arts teacher. To this day, I still am amazed that I actually got paid for doing something that I thought of as a natural part of my life. It was never a job. Ask anyone who knows me. Children and animals have always been my passion. During my teaching years, I served as secretary and president of the local humane society. There has always been at least one cat on my lap and a few others circling in a holding pattern. After retiring from teaching, I decided to pursue my long-time dream of writing teaching materials professionally. Along came my company, Taking Grades, the World Wide Web, some extremely sharp learning curves, and my dream grew into a reality. On the internet I am known as Margaret at Taking Grades, but in the community I am known as the bird lady. There is a good explanation. The same year I began writing, I also developed an interest in wildlife rehabilitation. Today I am a fully licensed wildlife rehabilitator, specializing in orphaned and injured songbirds. Each season, from April to the end of August, I take in around 150 little ones (robins, blue jays, blue birds, Carolina Wrens, chickadees, cardinals) anything claiming to be a songbird, raise them to adults, and release them back into the wild. My home office does double duty as a baby bird nursery from spring to late summer. I am withholding this information from the cats!