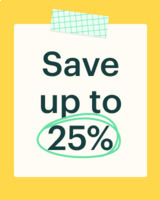 Close Reading: Secondary - Trail of Tears:...
$4.00
not yet rated
My Products
sort by:
Best Sellers
view:

By Social Studies Super Store
THIS IS A DEAL! You will receive BOTH parts in this bundle.Information about PART 1 video guide-Episode one begins with a cold winter in Boston on the night of the Boston Massacre. Then, Captain Thomas Preston asks John Adams to defend himself and
Subjects:
Civics, Government, U.S. History
Grades:
8th, 9th, 10th, 11th, 12th, Homeschool, 7th
Types:
Worksheets, Movie Guides, Handouts
$5.00
10
Digital Download PDF (1.19 MB)
ADD TO CART
WISH LIST

By Social Studies Super Store
This is a close read assignment with text dependent questions based upon Dr. Martin Luther King's I Have A Dream Speech. The speech is set up for students to annotate and answer questions next to the text of the speech. Also, each paragraph is
Subjects:
Government, U.S. History, Martin Luther King Day
Grades:
8th, 9th, 10th, 11th, 12th, Homeschool
Types:
Activities, Handouts
$4.25
12
Digital Download PDF (0.58 MB)
ADD TO CART
WISH LIST

By Social Studies Super Store
KIDS WILL LOVE THIS ACTIVITY! For those teachers (like myself) who live too far from Mount Vernon, but want to take their students on an INCREDIBLE virtual tour, this is the BEST on the internet. Student wonder through Mount Vernon as they click
Subjects:
Civics, Government, U.S. History
Grades:
8th, 9th, Homeschool, 5th, 6th, 7th
Types:
Worksheets, Multimedia, Internet Activities
$4.00
10
Digital Download PDF (0.48 MB)
ADD TO CART
WISH LIST

All Quiet On The Western Front Movie Notes (1979)

By Social Studies Super Store
This movie guide is from the 1979 version of All Quiet On The Western Front. It's a great way for the students to have some important concepts about World War I. The video guide includes 22 short answer questions. The questions are in
Subjects:
U.S. History, European History, World History
Grades:
9th, 10th, 11th, 12th, Homeschool
Types:
Movie Guides, Handouts, Printables
CCSS:
RL.9-10.6, RL.11-12.9
$3.25
12
Digital Download PDF (1.34 MB)
ADD TO CART
WISH LIST

HIGH SCHOOL-Flags of Our Fathers Movie Guide and FREE Activity

By Social Studies Super Store
Flags of Our Fathers is a movie based on the book of the same name written by James Bradley and Ron Powers about the 1945 Battle of Iwo Jima, the five Marines and one Navy Corpsman who were involved in raising the flag on Iwo Jima, and the
Subjects:
U.S. History, World History
Grades:
9th, 10th, 11th, 12th, Homeschool
Types:
Worksheets, Movie Guides, Printables
$3.25
8
Digital Download PDF (1.21 MB)
ADD TO CART
WISH LIST

Secondary - All the Presidents Men Movie Guide and MORE!

By Social Studies Super Store
This movie guide walks your students through the details of Bernstein and Woodward in their struggle to connect all the dots as it relates to the Watergate break in. WHAT YOU WILL RECEIVE: 33 Fill-in the blank and short answer questions that
Subjects:
Civics, Government, U.S. History
Grades:
9th, 10th, 11th, 12th, Homeschool
Types:
Worksheets, Movie Guides, Printables
$4.00
8
Digital Download PDF (0.51 MB)
ADD TO CART
WISH LIST

CNN - The Seventies - Episode 2 - The United States vs Richard Nixon

When We Were Soldiers Movie Guide

By Social Studies Super Store
This historical Vietnam War movie is a great to show in any history class. This 2002 Vietnam war film dramatizes the Battle of Ia Drang which took place on November 14, 1965. It is based on the book We Were Soldiers Once… And Young, written by
Subjects:
Government, U.S. History, World History
Grades:
9th, 10th, 11th, 12th, Homeschool
Types:
Worksheets, Movie Guides, Handouts
$3.25
5
Digital Download PDF (0.73 MB)
ADD TO CART
WISH LIST

By Social Studies Super Store
If you were to show ONLY one movie in your history class, this is IT! It is an conventional war movie that will have your students talking about the meaning of war or how to perceive an enemy. This movie about the Battle of Iwo Jima from the
Subjects:
U.S. History, World History
Grades:
10th, 11th, 12th, Homeschool
Types:
Movie Guides, Workbooks, Printables
$3.25
8
Digital Download PDF (1.02 MB)
ADD TO CART
WISH LIST

By Social Studies Super Store
This is one of the best Anthony Bourdain’s Part Unknown shows. I think you will agree that students will be surprised when Anthony visits Havana’s Chinatown, or explores how Cubans raced classic American cars illegally, or touches upon the issue of
Subjects:
Geography, Government, U.S. History
Grades:
8th, 9th, 10th, 11th, 12th, Homeschool
Types:
Worksheets, Movie Guides, Printables
$3.25
11
Digital Download PDF (3.20 MB)
ADD TO CART
WISH LIST
showing 1-20 of 237
12345next ›
Ask Social Studies Super Store a question. They will receive an automated email and will return to answer you as soon as possible. Please Login to ask your question.
TEACHING EXPERIENCE

My path to become a teacher was a long road as the education field was a second career for me. I spent nearly six years as a system designer in the nuclear, paper, and environmental industry before becoming a teacher. But even before I returned to school, I always loved government and history. While I lived in Washington State, I was active in a local archaeological society. I worked on local Native American dig sites where we found remains of ancient people who lived along the Columbia River. Also, I was very active in politics. I held chairmanships in the local political party. I participated in campaigns, and served as a field coordinator for a presidential candidate. Later, I ran for public office twice, and was elected once. I learned invaluable experience and understanding of how our government functions with in these many positions. Later, I was the first in my family to graduate from college. In 1998, I graduated from Eastern Washington University with a BA in social Science and Secondary Education. My student teaching experience included rural and large schools. My final student teaching assignment was at Sacajawea Alternative Middle School in Spokane, Washington. Then, before I graduated I accepted a position with the Meridian School District (Now known as West Ada). I taught in the Meridian School District for 14 years, in many different middle and high schools. While with Meridian I served as the head Boys JV soccer coach and Boys assistant soccer coach Centennial High School. During my three years at Centennial, we won districts every year and won state twice. In 2009, I was assigned to work at Cambridge Elementary, Junior/Senior High School. I have taught a verity of social studies classes and created many new classes as well.

Student centered activities based upon Multiple Intelligence and authentic assessments. I believe all students can learn, but I also understand student need the support of parents and family members

James Madison Teaching Scholarship and Fellow-2011 To be chose as a Madison Fellow was a great honor, to study with the our nations best history teachers. VFW Teacher of the year – Cambridge/Midvale-2012-2013 Recognized for working with members of the community and veterans in the area of social studies. Assistant Coach of the Year, District III EWU Alumni Association Student Leadership Award

2014 Western New Mexico University – Masters Degree - Interdisciplinary –History/Political Science. Grand Teton Summer Institute-We The People Civic Education (attendance July 5 – 10, 2009) The Grand Teton Summer Institute is a rigorous professional development program that brings civic educators together to teach methods appropriate to the We the People curriculum. They also participate in a simulated congressional hearing modeled on the We the People culminating activity. This seminar was held in Jackson Hole, Wyoming. Birmingham Civil Rights Movement Seminar-We The People Civic Education (attendance September 10-13, 2010) Constructional Rights Foundation Summer Institute-(attendance August 8-9, 2011) at UCLA. Madison Fellow Summer Institute 2012 (attendance June-July) This six credit gradate course dealt with the political, constitutional, and legal history of the framing and ratification of the Constitution of the United States. This institute was held at Georgetown University in Washington D.C. We the People: Center for Civic Education State/Regional Seminars State and regional workshops, seminars, and institutes are designed to engage attendees in insightful lectures, thorough discussions of the We the People curriculum, and participation in a simulated congressional hearing as a culminating activity. Imperial Presidency (attendance October 2010) The Summer of 1787: The Making of the Constitution (attendance February 2-5, 2011)

I was born in Walla Walla, Washington (yes, this is a real place). And I was raised in Richland, Washington. I feel my experience as an at risk student makes me a better teacher.