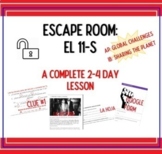 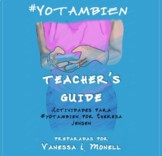 #yotambien Teacher's Guide
$25.00
not yet rated 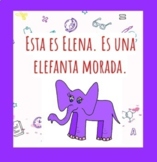 By Storytime con Sra Jensen
Your Spanish 1 students can read these stories all by themselves - and they will love them! Students navigate the Google Slides file and read the super short stories over and over as they choose different paths each time. Perfect for Valentine's Day
Subjects:
Spanish, Valentine's Day
Grades:
6th, 7th, 8th, 9th, 10th, 11th, 12th
Types:
Fun Stuff, EBooks, Multimedia
$4.00
6
Online Resource
Google Slides™
ADD TO CART
WISH LIST

By Storytime con Sra Jensen
Tons of resources to choose from to teach #yotambien as a class novel! Whether you are using it with true novices in Spanish 1 or intermediate students in Spanish 4, you have many choices at your fingertips! Select from plenty of activities to help
Subjects:
Spanish, Women's Studies, Criminal Justice - Law
Grades:
9th, 10th, 11th, 12th, Higher Education, Adult Education
Types:
Study Guides, Teacher Manuals, Activities
$25.00
Digital Download PDF (10.66 MB)
ADD TO CART
WISH LIST 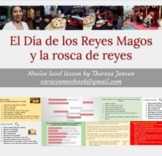 By Storytime con Sra Jensen
Everything you need to help your students get the most out of the novel, Caras vemos! Your students' "Caras vemos" experience will be enriched and they will have fun at the same time! You will likely walk away with many ideas you will want to use
Subjects:
Spanish
Grades:
7th, 8th, 9th, 10th, 11th, 12th, Higher Education
Types:
Study Guides, Lesson Plans (Bundled), Activities
$13.00
1
Online Resource
Google Drive™ folder
ADD TO CART
WISH LIST 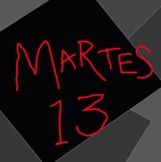 By Storytime con Sra Jensen
Are you superstitious? This resource is a fun starting point for discussion with your class but also a quick and easy lesson for when you have a sub. Here are the details:1-2 day lesson, depending on your students' reading level or how much time you
Subjects:
Spanish, Holidays/Seasonal
Grades:
6th, 7th, 8th, 9th, 10th, 11th, 12th, Higher Education, Adult Education
Types:
Minilessons, Printables, Cultural Activities
$2.00
Digital Download PDF (1.12 MB)
ADD TO CART
WISH LIST 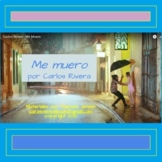 "Me muero" by Carlos Rivera: A song lesson for Spanish 1

By Storytime con Sra Jensen
Sweet 16? Verb wheel? An odd pairing, am I right? I searched and searched to no avail, so I just made it myself. If you are a CI teacher, you are likely aware of the super 7 and the sweet 16, basically the verbs that are the most high frequency and
Subjects:
Spanish
Grades:
6th, 7th, 8th, 9th, 10th, 11th, 12th, Higher Education
Types:
Study Guides, Printables, Graphic Organizers
$10.00
Digital Download PDF (1.43 MB)
ADD TO CART
WISH LIST 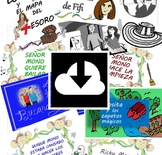 By Storytime con Sra Jensen
*This is the same product. By request, this is a DIGITAL DOWNLOAD of a zip file instead (NOT Google drive files). I know it's hard when you are strapped for cash but want to provide your students with a variety of reading materials for free
Subjects:
Spanish
Grades:
Not Grade Specific
Types:
EBooks, Printables, Literacy Center Ideas
FREE
1
Digital Download ZIP (27.71 MB)
WISH LIST 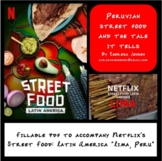 By Storytime con Sra Jensen
I never thought I would cry watching an episode about Peruvian street food, but I did. This episode is so beautiful and there is so much to glean from it - besides the obvious, authentic street food in Lima, Peru, rich lessons of history, culture,
Subjects:
World Language, Spanish, Cooking
Grades:
6th, 7th, 8th, 9th, 10th, 11th, 12th
Types:
Activities, Movie Guides, Cultural Activities
FREE
Digital Download PDF (1.05 MB)
WISH LIST

By Storytime con Sra Jensen
This story shows students how fortunate they are to have their greatest possession: their health. I use it before Thanksgiving. Here is the youtube link: https://www.youtube.com/watch?v=whJwMnvD3Xk Also, if you have students who are unable to use
Subjects:
Spanish
Grades:
Not Grade Specific
Types:
Video Files
FREE
1
Digital Download WMV (8.35 MB)
WISH LIST 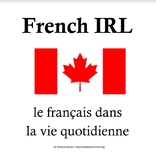 By Storytime con Sra Jensen
I went to Canada last summer - primarily Waterton, Calgary and Canmore (Banff) and took pictures of as many street signs, warning signs, product labels and directions on government buildings as I could that had French. Includes:Lesson ideas48 edited
Subjects:
French
Grades:
Not Grade Specific
Types:
Printables, Posters, Cultural Activities
FREE
Online Resource
Google Drive™ folder
WISH LIST
showing 1-14 of 14
Ask Storytime con Sra Jensen a question. They will receive an automated email and will return to answer you as soon as possible. Please Login to ask your question.
TEACHING EXPERIENCE

I have taught high school Spanish, levels 1, 2, Honors 2, 3, Honors 3, 4, Honors 4, AP and IB Spanish over the past 21 years. I became an AP Spanish Reader in 2005 and learned so much from the colleagues from around Latin America and Spain who I now consider my family. I regularly serve on committees to evaluate, write curriculum and assessments, and present to world language teachers. I have presented outside of the district, at UNO’s MALT Colloquium (Master of Arts in Language Teaching), as well as Nebraska International Language Association’s (NILA) yearly conferences. I have sponsored Capítulo Pablo Neruda of Sociedad Honoraria Hispánica since 2010 and am currently the Nebraska State Director .

My goal is to provide comprehensible input to my students and ignite in them a passion for Hispanic cultures and to interact with native speakers.

National Board Certified Teacher (World Languages other than English, Early adolescence to young adulthood) 2008, renewed in 2018 Sponsor of the Year, Sociedad Honoraria Hispanica (SHH), 2017 Chapter of the Year in 2016, 1st place for Long Term Activity of the Year in 2019 Nebraska State Director of SHH, 2018- 2020 NILA Teacher of the Year Co-founder and administrator of Asesores de SHH, a Facebook group to support sponsors of SHH Co-administrator of Nebraska CI Teachers, a Facebook group for Nebraska teachers who focus on teaching using comprehensible input