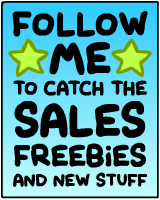 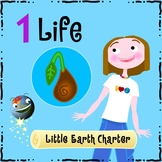 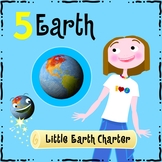 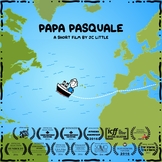 04:22
Papa Pasquale - The animated story of an Italian immigrant.

By The Animated Woman
"Papa Pasquale" is an award-winning short film, by director JC Little. This lively animated story may be used as an entertaining introduction to discussions on immigration, and the migrants who came to North America from Europe to become Canadians
Subjects:
Italian, Canadian History, Other (Social Studies - History)
Grades:
Not Grade Specific
Types:
Fun Stuff, Cultural Activities
$4.00
5
Video
Duration: 04:22
ADD TO CART
WISH LIST 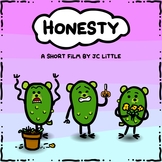 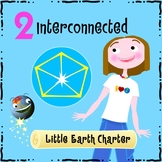 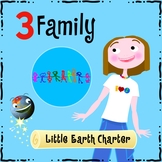 By The Animated Woman
This 82-piece bundle has ALL the feels from Sets 1 and 2! Emoticons in a simple standout style to enhance your projects; they’re a gateway to discussion on bullying, mediation, empathy, communication, cooperation, kindness and wellness. Feelings
Subjects:
Life Skills, Products For TpT Sellers, For All Subjects
Grades:
Not Grade Specific
Types:
Fun Stuff, Clip Art, By TpT Sellers for TpT Sellers
$12.00
$9.00
5
Digital Download ZIP (11.25 MB)
ADD TO CART
WISH LIST 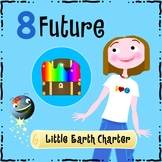 05:00
What is the FUTURE? Little Earth Charter Animation 8 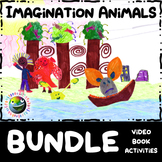 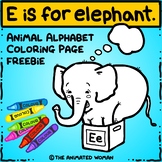 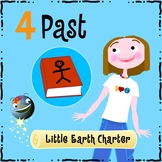 04:35
What is the PAST? Little Earth Charter Animation 4

By The Animated Woman
PERFECT FOR EARTH DAY! The fourth in The Little Earth Charter animated video series for kids. In “What is the Past?” Planet Earth and Little Rosie explore ways we can learn from those who came before us. One of eight videos to support learning
Subjects:
Earth Sciences, Environment, Earth Day
Grades:
PreK, Kindergarten, 1st, 2nd, 3rd, Homeschool
Types:
Homeschool Curricula, Songs, Science Centers
$4.00
1
Video & Supporting Document
Duration: 04:35
ADD TO CART
WISH LIST 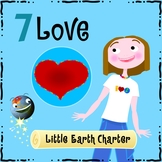 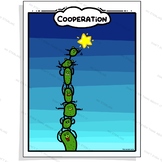 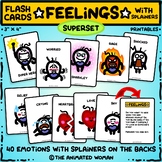 By The Animated Woman
READY TO PRINT: This Splainer set of 40 Flashcards has all the feels. Chibi inspired Emoticons are a creative way to convey emotions using comic book-styled symbols. These Flashcards include the name of the emotion on the front and a short
Subjects:
Special Education, Life Skills, School Psychology
Grades:
Not Grade Specific
Types:
Activities, Flash Cards, Printables
$10.00
$8.00
2
Digital Download ZIP (106.30 MB)
ADD TO CART
WISH LIST 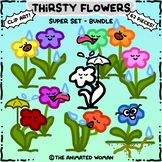 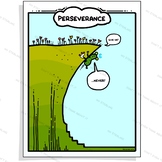 By The Animated Woman
High-quality printable Character Education Poster on PERSEVERANCE, featuring the one and only PickleWeasel. Packed with personality and a touch of humor, PickleWeasel is loved by kids of all ages, because the visuals go beyond providing a
Subjects:
Life Skills, Character Education, Classroom Community
Grades:
3rd, 4th, 5th, 6th
Types:
Printables, Cooperative Learning, Posters
$2.00
1
Digital Download ZIP (8.75 MB)
ADD TO CART
WISH LIST 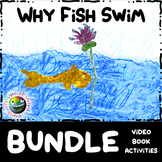 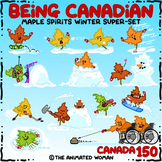 Montreal-based JC Little is an award-winning visual storyteller and animation director, with a career spanning more than 30 years. Her background includes new media, commercials, feature films, educational animation for children, and creating and directing the Disney-syndicated Gemini-nominated kids' TV show My Life Me. She is best known online as The Animated Woman, likes hanging out on social media and public speaking.

Ever leaking creativity, she has released over thirty independent short films and published five picture-books: The LAST Snowman, Motherhood, Ello Monkey, and the PickleWeasel series, books 1, 2 and 3. JC lives in a messy house in Montreal with her lovely British husband, large hairy Newfoundland dog, and three fantastically opinionated children.

"The Little Earth Charter" An earth friendly animated series for kids, eight shorts in all, each one about a different aspect of our connection to each other and to the Earth. DVD or digital download are available to educators at CineFete.ca and teacher support material is available at LittleEarthCharter.org.

"Kids' Stories International" A breath-takingly fresh and sincere collection of 9 animated stories written and illustrated by children from around the world. Visual story telling to promote literacy and self expression. DVD or digital download are available to educators at CineFete.ca.

"The Footprint" An animated film featuring Earth, Little Rosie (from the Little Earth Charter) and special guest Org, a cave-kid from prehistoric times. The story is a playful introduction to sustainability issues such as water, food, clothes, transportation, toys, and energy, with a little musical segment on each. DVD or digital download are available to educators at CineFete.ca.

Earth-friendly games and online activities for kids aged 4-8 can be found at LittleAnimation4Kids.com