By The Sassy History Chica
This is an adapted version of the Nacirema. It is MUCH easier to read than the original and kids really get into it. We read it as a class and then talk about how crazy this society is. After, I tell them it's about Americans. Nacirema is American
Subjects:
Social Studies - History, World History
Grades:
8th, 9th, 10th, 11th, 12th, Homeschool, 7th
Types:
Cultural Activities, Fun Stuff
$2.00
$1.60
6
Digital Download DOC (0.02 MB)
ADD TO CART
WISH LIST 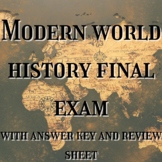 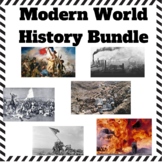 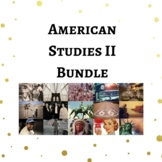 Create your own social contract enlightenment 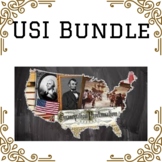 By The Sassy History Chica
This contains carefully curated resources and instructions for students to eventually debate about the topic in a thoughtful manner. The resources are both readings and videos and include many different resources to choose from.
Subjects:
Other (Social Studies - History), Life Skills, Civics
Grades:
8th, 9th, 10th, 11th, 12th, Higher Education, Homeschool, 7th
Types:
Fun Stuff
$1.00
$0.80
1
Digital Download DOCX (0.16 MB)
ADD TO CART
WISH LIST 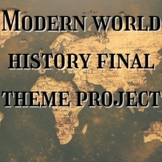 USI warm ups & exit tickets, over 150+ for colonial era through US imperialism

By The Sassy History Chica
This can be used for WWI or WWII. Students research propaganda posters from one foreign country in either WWI or WWII. They answer questions about each poster. Then they create their own poster for that country and war and present it to the
Subjects:
Social Studies - History, Civics, World History
Grades:
8th, 9th, 10th, 11th, 12th, Higher Education, Adult Education, Homeschool
Types:
Projects, Assessment
$3.00
$2.40
3
Digital Download DOC (0.04 MB)
ADD TO CART
WISH LIST

By The Sassy History Chica
This is a ppt on LGBTQ+ civil rights movement including many key events such as stonewall as well as talking about what is going on today. TONS of visuals.
Subjects:
U.S. History
Grades:
8th, 9th, 10th, 11th, 12th, Higher Education, Homeschool
Types:
PowerPoint Presentations
$5.00
$4.00
Digital Download PPTX (46.84 MB)
ADD TO CART
WISH LIST 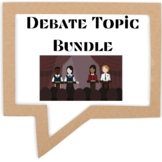 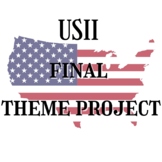 By The Sassy History Chica
Students research one event in particular and analyze it. They pick art/music and sources that represent it and explain how it continues to affect us today. It is for 1914-today but you could modify it for earlier times.
Subjects:
U.S. History
Grades:
8th, 9th, 10th, 11th, 12th, Higher Education, Homeschool, 7th
Types:
Assessment
$3.00
$2.40
Digital Download DOCX (0.50 MB)
ADD TO CART
WISH LIST

I have been a high school history teacher for 16 years (as of the 2020-2021 year). Teacher of record for Ancient World History, Modern World History, Co-taught Modern World History, American Studies II, Eastern Cultures, Western Cultures, African and Asian American Experience, and Comparative Human and Civil Rights (all classes at honors and college prep levels. I am also the department chair for social studies. I was teacher of the year for my district in 2016-2017. Also since June 2019 I also work at night at an online school teaching students in NH history. I am certified to teach middle school as well and do teach middle school at the online school.

Largely project based. Lots of activities that touch on Gardener's multiple intelligences theory.

Awarded four NEH seminar's - Landmarks of America History Culture Workshop: Contested Homelands: knowledge, history and culture of historic Santa Fe and Landmarks of American History Culture Workshop: The USS Constitution and the War of 1812, Social Movements and Reform in Industrializing America: The Lowell Experience and Forge of Innovation. Awarded Gilder Lehrman summer institute: The Economics of Slavery held at Harvard University. RA of the year at UMass (2003). I've received teacher kudos of the month every single year since teaching.

I am a married mother of 2 - a 7 year old son, Jackson and a 5 year old daughter, Isabelle, who has Down syndrome.