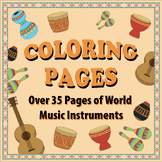 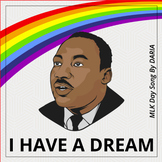 By World Music With DARIA
Just made this FREE for all of January 2021! Feel free to download and share widely and do what you can to continue the dream and make it real as together we create a more just and equitable future! DARIA's I HAVE A DREAM song is one of the most
Subjects:
Music, Martin Luther King Day, Classroom Community
Grades:
Not Grade Specific
Types:
Fun Stuff, Songs, Printables
$1.59
27
Digital Download MP3 (2.94 MB)
ADD TO CART
WISH LIST

LET’S COLOR… A WORLD OF MUSIC

A Child's Life In The Andes E-Book Plus Music CD 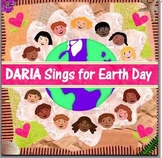 Latin-American Intruments - Make Your Own Maracas

By World Music With DARIA
Maracas are one of the simplest instruments to play. With roots in Latin American and Hispanic culture, they consist of a pair of rattles with handles. This pdf shares the history of this percussion instrument as well as an easy craft activity to
Subjects:
Spanish, Music, Instrumental Music
Grades:
PreK, Kindergarten, 1st, 2nd, 3rd, 4th, Homeschool
Types:
Fun Stuff, Minilessons, Cultural Activities
$1.50
17
Digital Download PDF (4.72 MB)
ADD TO CART
WISH LIST

By World Music With DARIA
This beautiful 35 page E-book shares more than 10 different musical crafts you can make from recycled materials. Based on real traditional instruments from around the world, kids and their teachers or parents can use these easy and fun crafts to
Subjects:
Arts, Music, Earth Day
Grades:
Kindergarten, 1st, 2nd, 3rd
Types:
Activities, Fun Stuff, Cultural Activities
$6.99
15
Digital Download ZIP (40.37 MB)
ADD TO CART
WISH LIST

By World Music With DARIA
Although you can find clapsticks – two sticks used as percussion - in various countries around the world, this version from Australia is a wonderfully creative music craft that can be used as part of any music, geography or world cultures
Subjects:
Music, Other (Music), Australian History
Grades:
PreK, Kindergarten, 1st, 2nd, 3rd, Homeschool
Types:
Activities, Fun Stuff, Cultural Activities
$1.99
12
Digital Download PDF (2.17 MB)
ADD TO CART
WISH LIST

Irish Drum – Make and Play Your Own Bodhrán and Tipper

By World Music With DARIA
Bongo drums are a great instrument for exploring rhythms and beats as well as Latin American culture with children. Originating in Cuba, bongo drums are one of the easiest drums for anyone to learn to play. This pdf shares the history of the bongo
Subjects:
Other (Arts), Music, Instrumental Music
Grades:
PreK, Kindergarten, 1st, 2nd, 3rd, 4th, Homeschool, Not Grade Specific
Types:
Activities, Mini-Course, Cultural Activities
$1.50
7
Digital Download PDF (4.14 MB)
ADD TO CART
WISH LIST

By World Music With DARIA
Want to give your students a fun and creative project as part of your remote learning or for extra credit? Challenge them to make their own simple musical instruments. This bundle includes 8 different activities that can all be made at home with
Subjects:
Music, Instrumental Music, Other (Music)
Grades:
Not Grade Specific
Types:
Activities, Fun Stuff, Cultural Activities
$15.16
$8.99
2
Bundle
ADD TO CART
WISH LIST 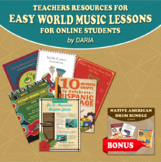 By World Music With DARIA
As many teachers transition to distance learning with their students, here is bundle of resources filled with information and activities suited to online learning. Included in this bundle are: 6 Complete E -Books Instruments of India Mini-Music
Subjects:
Arts, Music, Music and Dance
Grades:
Not Grade Specific
Types:
Activities, Songs, Cultural Activities
$73.61
$54.95
1
Bundle
ADD TO CART
WISH LIST 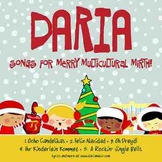 By World Music With DARIA
12 great music crafts perfect for summer camps, enrichment sessions or homeschool fun! This product is a zip folder containing each of the 12 craft projects PDF’s. Each PDF not only includes the MYO/DIY directions but background on the instrument,
Subjects:
Music, Instrumental Music, Summer
Grades:
Not Grade Specific
Types:
Activities, Fun Stuff, Cultural Activities
$6.99
4
Digital Download ZIP (51.73 MB)
ADD TO CART
WISH LIST
showing 1-20 of 329
12345next ›
Ask World Music With DARIA a question. They will receive an automated email and will return to answer you as soon as possible. Please Login to ask your question.
TEACHING EXPERIENCE

Called "an ambassador of song" by the Newark Star-Ledger, DARIA (Daria Marmaluk-Hajioannou) has spent a lifetime sharing the joy and creativity of music with audiences around the planet. Her world music for children website (www.dariamusic.com) as well as her cd recordings have won numerous Parent's Choice, NAPPA, Creative Child and Children's Music Web Awards. DARIA has represented the United States at World Expo in Seville, Spain and was chosen as a national teaching artist for the STOMP/PULSE project. In 2008, she was awarded a Citation From Commonwealth of Pennsylvania “Commending an Exemplary Record of Service in the Field of Education”. In 2012, her Youtube channel of educational children’s music animations surpassed 3 million views.

Daria’s teaching style is interactive. Her music is created so that it can be used in a variety of different ways and as part of different teaching/learning styles. DARIA’s musical crafts allow children to explore world cultures at the same time adding their own personal approaches to both the artwork and the musical aspects of the project.

World Music childrens performer DARIA (Daria Marmaluk-Hajioannou) has spent the last three decades performing in the US and around the world, creating music to inspire all the world’s children. Along with five national awards for her culturally diverse music, Daria’s website (www.dariamusic.com) was given a 2009 Parent’s Choice Award and offers many great resources for teachers, parents and kids of all abilities. Along with bilingual versions of popular world music songs, Daria’s “I Have A Dream” Song is used widely to celebrate MLK Day. Her Earth Day anthem “We’ve Got The Whole World In Our Hands” is used in the US as well as in Singapore and Japan. Her “Beautiful Rainbow World” song is used in Australia as part of a “Respecting Others” curriculum for preschoolers as well as in South African schools as part of a “Teach Tolerance” initiative. Daria’s live show is fully interactive as she brings a variety of exciting world traditions to life, allowing children to become a part of the celebration and the fun.