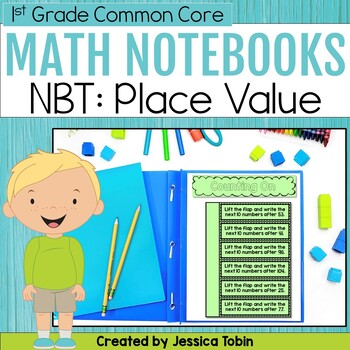 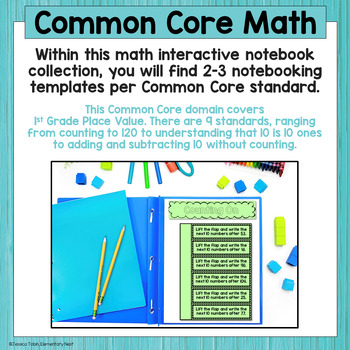 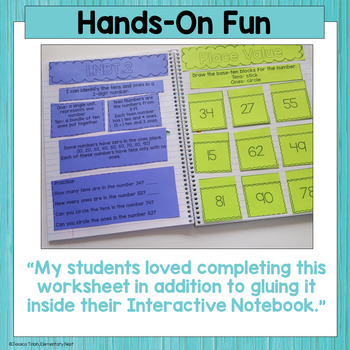 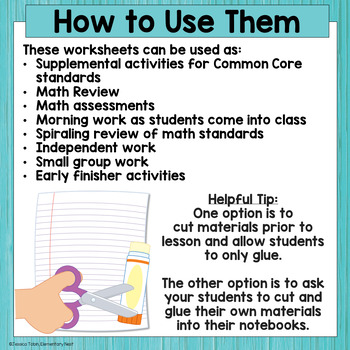 This Numbers and Operations in Base Ten NBT (place value) pack is a black and white interactive notebook resource to use when teaching Numbers and Operations in Base Ten! If you're not a CCSS teacher, then this resource is all about place value strategies, working with numbers to 120, and double digit addition and subtraction. With interactive notebook templates for topics such as 10 more, 10 less, 2-digit addition, subtracting tens, place value, the 120 chart, and more!

These are in black and white to save your ink! I print on colored paper to make them colorful for the kiddos.

This item aligns to the Common Core standards for the Operations and Algebraic Thinking domain, but you don't have to be a Common Core classroom to use this pack!

-Place Values Tens and Ones

You can also save even MORE money by buying this pack within the First Grade Common Core Math Mega Bundle!

If you're interested in sharing with other classrooms, make sure to buy the extra licenses for 50% off through the TeachersPayTeachers tool. If you are interested in a site license, please contact me for a quote at jessica.L.tobin@gmail.com.