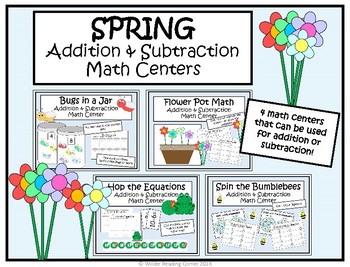 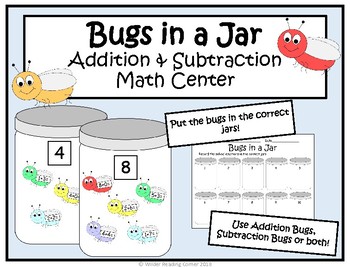 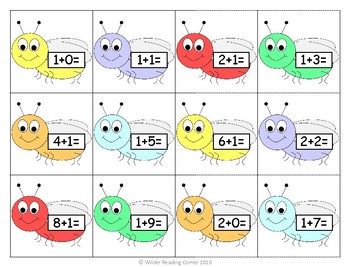 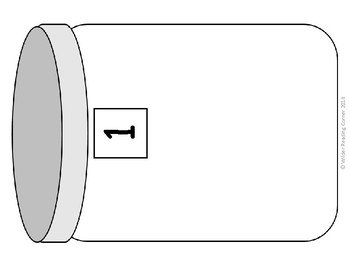 Each center can be used for either addition or subtraction so you can use each center twice to eliminate extra prep time.

Recording tools are included for each center so you can see what your students have been working on!

Flower Pot Math- Roll two dice to create an equation. Use the flowers and flower pot to solve the problem and then record on the recording tool.

Hop the Equations- Draw an equation card. Use the frog to hop forwards or backwards (depending on if you are using the addition or subtraction cards) on the lily pad number track and then record the solved equation on the recording tool

Spin the Bumblebees- Use a paperclip and pencil to spin the spinners to create an equation. Solve the equation and record the answer on the recording tool.

Each Center is also sold separately. Click on the links below to find the individual centers.