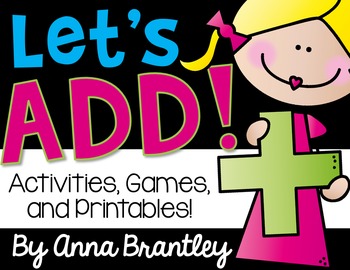 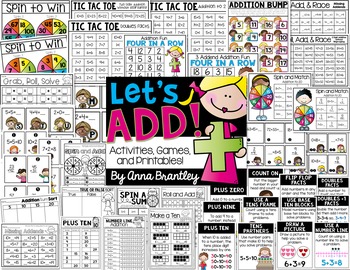 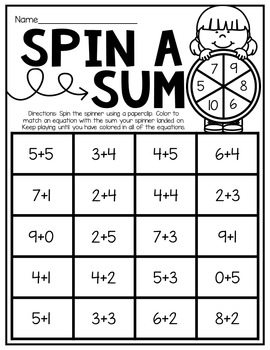 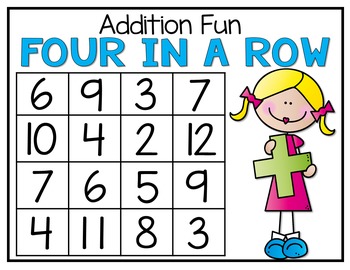 Looking for fun, hands-on, and easy to prep addition practice for your students? This unit is packed with a variety of addition activities, games, and printables that can be used at any time of the year! Many of the activities and games offer suggestions and recording sheets to easily differentiate your instruction.

*Addition Spin and Match (Additon to 10 and Addition to 20)

-Use a Number Line

-Use Base Ten Blocks

Check out the preview for a closer look at what is included in this packet!

Get the Math All Year BUNDLE to save $$!