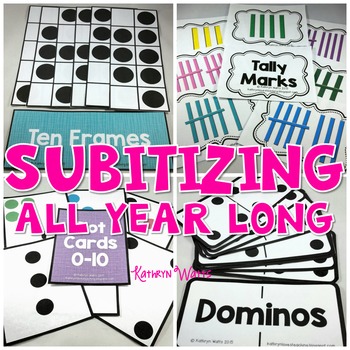 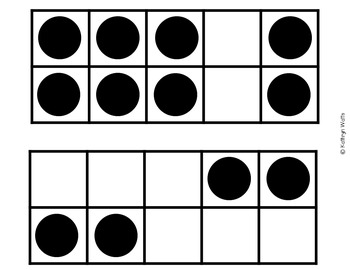 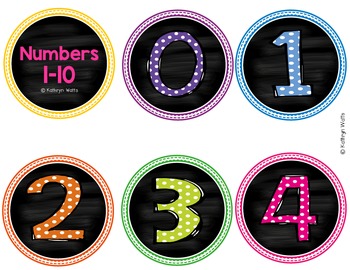 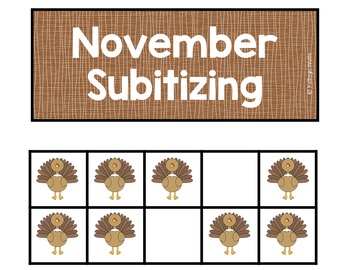 Subitizing builds number sense. These subitizing cards can be used for subitizing games and other subitizing activities. The subitizing definition is the ability to quickly identify the number of objects in a set without counting. There are two types of Subitizing: Perceptual Subitizing which is the instant visual recognition of a pattern such as numbers in a ten frame. Conceptual Subitizing involves recognizing smaller groups and adding them together, for example 6 dots plus 4 dots equals 10 dots.

Suggested use and Organization

Subitizing is a great warm up for Math. Show a Subitizing card for about 3 seconds. This will give students enough time to see the card without counting what is on the card. Then ask your students what they saw. Students will be able to give answers similar to “I saw 6 dots” “I saw 4 dots on the left and 2 dots on the right” “I saw a group of four and a group of 2” “I saw 4 and 2 and that is the same as 6.” I usually write each answer on chart paper to show the many ways that the students came up with.

To organize the subitizing cards simply print on card stock, laminate, and either use a book ring to keep the cards together or place them in Ziploc bags. I have a basket labeled Subitizing so I always have easy access to the cards.

Check out some of my other Math Printables

Number of the Day

Thank you for purchasing!